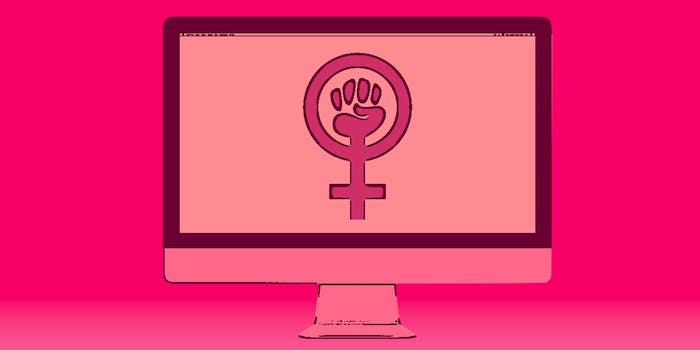 These groups want to make 2016 the biggest year yet for pro-choice activism.

When Amelia Bonow announced on Facebook last September that she’d had an abortion, she couldn’t have predicted that a single social-media rant would turn into an online movement involving millions of people.

#ShoutYourAbortion started as a viral hashtag, turned into a catalyst for extreme harassment and threats directed at the women participating, and then became a larger, standalone movement.

2016 could be one of the pro-choice movement’s defining years. The Supreme Court is hearing its first major abortion-related case since the 1990s, Congress plans to continue attempting to defund Planned Parenthood, and women’s-health clinics are bracing to see whether a recent spate of violent attacks on their facilities will continue in the new year.

At a press conference Thursday, movement leaders from five nonprofit groups and grassroots organizations explained their plans for 2016—beginning with the Jan. 22 anniversary of Roe v. Wade.

#ShoutYourAbortion is merely the most high-profile example of the effects of social media on the pro-choice movement. As laws aimed at restricting abortions proliferate across the country and traditional support groups find themselves overwhelmed with requests for help, pro-choice women are getting angrier—and they’re preparing for a fight.

“It’s hard to overstate what’s at stake in 2016,” Dana Singiser, Planned Parenthood’s vice president for public policy and government affairs, said at Thursday’s press conference. “We know Congress won’t stop these attacks against women’s health. And now, for the first time in 10 years, a woman’s right to access safe, legal abortion in the United States is at stake in the Supreme Court.”

Speaking alongside Planned Parenthood and #ShoutYourAbortion were representatives from In Our Own Voice: National Black Women’s Reproductive Justice Agenda, the National Latina Institute for Reproductive Health, and All* Above All.

“While we will join to commemorate Roe this month, we cannot pretend that the right to abortion is enjoyed equally by all women,” said In Our Own Voice founder Marcela Howell. “A woman’s ability to end her pregnancy too often depends on where she lives, her age, and how much money is in her pocket. The 288 laws quietly passed to make abortion harder to get have far reaching implications for our community.”

Howell was referring to a spike in state abortion laws—mostly so-called TRAP laws designed to shut down clinics by mandating nearly impossible-to-meet building codes and standards of practice—that have exploded in the past four years. 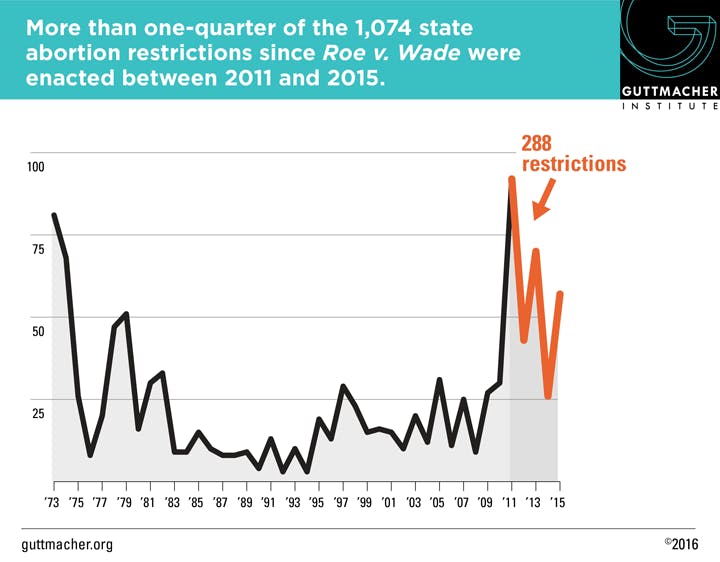 Howell pointed out that the majority of black women in the United States currently live in states with restrictive abortion laws similar to Texas’s controversial H.B. 2. Across the South, a “hostile territory” prevents millions of women from accessing abortion services and other aspects of reproductive healthcare, she said. And the case that the nation’s high court will hear this March, Whole Woman’s Health v. Cole, could dramatically change all of that.

That’s why Howell and the other movement leaders are pressing for people to speak out nationwide, organize online campaigns, and hold rallies commemorating the 43rd anniversary of Roe v. Wade on Jan. 22.

Bonow, who transformed #ShoutYourAbortion from a hashtag into a permanent grassroots organization, told the Daily Dot that she essentially combed through the hashtag to build up a national network.

“We found folks through social media, Facebook and Twitter, and compiled a database,” Bonow told the Daily Dot. “We’ve been just doing social media and grassroots outreach through the pool of people that got involved in SYA, and found groups in almost all 50 states.”

Now, those groups are assembling to commemorate Roe‘s anniversary, while Bonow’s team is piecing together an online directory of each state’s events.

Social media hasn’t just built entire youth-driven feminist movements like #ShoutYourAbortion from scratch. It has also brought in women living in remote areas, women who disproportionately bear the brunt of state anti-abortion laws. Many of these laws have led to the closure of abortion facilities and forced women in remote regions of the states to travel long distances to get an abortion.

Jessica González-Rojas, executive director of the National Latina Institute for Reproductive Health, told the Daily Dot that the impact of abortion restrictions on the nation’s 26 million Latinas is disproportionate: “Many Latinas are being forced to travel hundreds of miles to get an abortion.”

But Latinas, said González-Rojas, also have high rates of engagement on social media. While her organization works on the ground mostly in Texas, Virginia, and New York, they’re also harnessing that nationwide engagement to reach women in the most remote areas—and help them channel their growing frustrations into action.

“We do this work in places like church basements, and in people’s homes,” said González-Rojas, “but social media is a really powerful connector. And so is the power of learning about candidates, of asking them questions, and of voting.”

Using hashtags like #SoyPoderosa (“I am powerful”) and #ReclaimRoe, the groups are slowly gathering momentum for next week’s anniversary.

While this new push for women’s reproductive rights does include many of the same stalwart nonprofits that have been on the front lines of the movement for years, much of the energy that’s coalescing right now comes from millennials and teens.

Destiny Lopez co-directs All* Above All, a social media outreach campaign with more than 100 prominent civil-rights groups behind it. She told the Daily Dot that the majority of her campaign is driven by activists between the ages of 18 and 30.

“Young people engaged in our campaign have collected thousands of signatures on petitions,” Lopez said. “So much of our outreach happens online. We rely on memes, Instagram, Tumblr, and everything else to reach our audience.”

“It shatters that myth,” she added, “that young people are not engaging in social justice.”