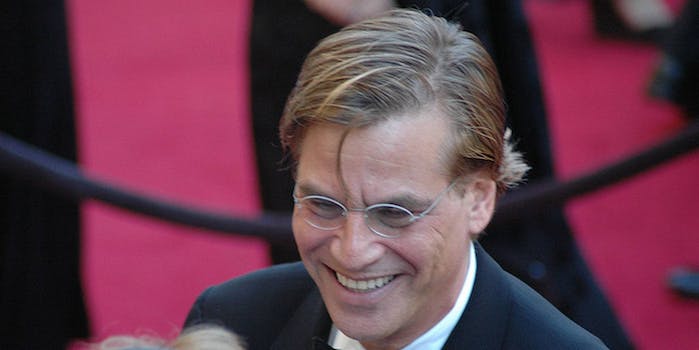 If you supported Hillary Clinton, this should be mandatory reading.

Aaron Sorkin, the screenwriter behind The West Wing, The Social Network, and that one The Newsroom scene everybody shares on Facebook, penned a powerful letter to his wife and 15-year-old daughter following Hillary Clinton’s loss in the general election.

Sorkin offers biting criticism not just of President-elect Donald Trump but also his supporters—the “sexists, racists, and buffoons” and “the angry young white men who think rap music and Cinco de Mayo are a threat to their way of life.”

Hate was given hope. Abject dumbness was glamorized as being “the fresh voice of an outsider” who’s going to “shake things up.” (Did anyone bother to ask how? Is he going to re-arrange the chairs in the Roosevelt Room?) For the next four years, the President of the United States, the same office held by Washington and Jefferson, Lincoln and Teddy Roosevelt, F.D.R., J.F.K. and Barack Obama, will be held by a man-boy who’ll spend his hours exacting Twitter vengeance against all who criticize him (and those numbers will be legion). We’ve embarrassed ourselves in front of our children and the world.

And yet, it’s not a letter of defeat, but of determination: to “remember that we’re not alone,” to “get out of bed,” to get involved, and above all, to “fucking fight.” He brings the silver lining into focus.