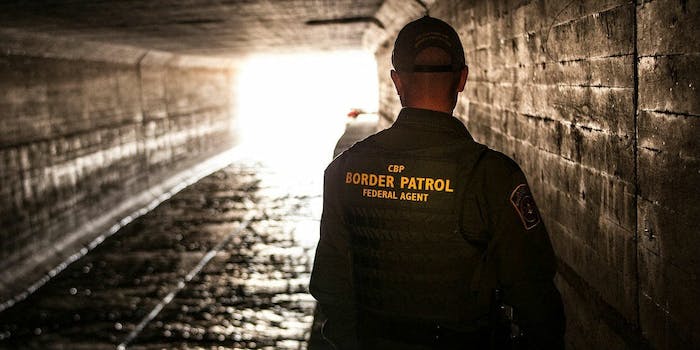 Another immigrant child has died while in Border Patrol custody

There's been no explanation for the death.

Less than two weeks after a 7-year-old died while in U.S. Customs and Border Protection (CBP) custody, another young immigrant child has died under CBP control.

On Tuesday, the CBP said an 8-year-old boy from Guatemala died in New Mexico, according to the Associated Press. The 7-year-old girl who died in mid-December also was from Guatemala.

The CBP said the boy showed signs of illness on Monday, and after he was taken to a hospital, doctors said he had a cold and a fever and prescribed him amoxicillin and Ibuprofen. The child was released from the hospital on Monday afternoon, but he returned to the hospital that night with nausea and vomiting.

Hours later, the CBP said, the boy died. The cause of his death reportedly has not been determined.

The CBP has not said when the father and son crossed into the U.S. or how long they’d been in custody, but it said it would conduct “an independent and thorough review of the circumstances.”

When the first child died earlier this month of dehydration and shock, the Donald Trump administration said it would not take the blame for the catastrophe. It’s a good bet Trump won’t take responsibility for this latest death either.

Instead, he’s been railing against Democrats on Twitter as the federal government is partially shut down.

On Tuesday, he tweeted, “I am all alone (poor me) in the White House waiting for the Democrats to come back and make a deal on desperately needed Border Security. At some point the Democrats not wanting to make a deal will cost our Country more money than the Border Wall we are all talking about. Crazy!”

“I am in the Oval Office & just gave out a 115 mile long contract for another large section of the Wall in Texas,” he continued. “We are already building and renovating many miles of Wall, some complete. Democrats must end Shutdown and finish funding. Billions of Dollars, & lives, will be saved!”

Earlier this month, though, Trump said if he didn’t get the border wall funding he so desires, he would be “proud” to shut down the government.

“If we don’t get what we want one way or the other, whether it’s through you, it’s through military, I will shut down the government,” he said. “… I will take the mantle. I will be the one to shut it down.”