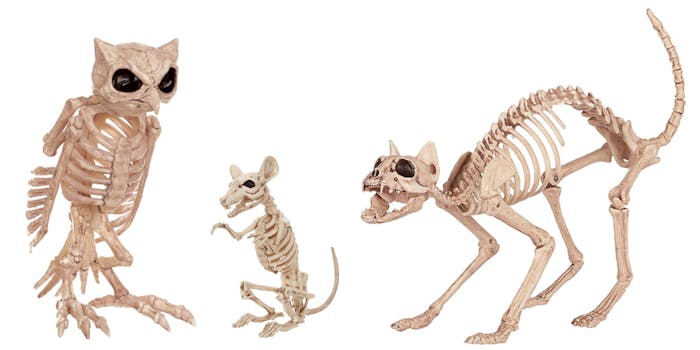 And they are totally fake, though way less maintenance than a real pet

We’ve all been there. Casually browsing Amazon for some decently priced socks, when a deal you never knew you needed stops you dead in your tracks.

Thanks to a company delightfully named Crazy Bonez, these fake, life-size animal skeletons are as much as 50 percent off on Amazon, and just in time for the beginning of Halloween season.

Let’s start with the biggest bargain, the rat skeleton, which is normally $19.99, but now down to less than $10. Slap a slice of pizza in his bony, little hands, and you have a spooky ghost of meme’s past.

Chasing behind him is the cat skeleton, of course, which stands 2 feet tall, just like a real cat. Except this cat is way less maintenance, won’t knock your sh*t over, and costs less than a bag of cat food and kitty litter. Normally priced at $26, it’s on sale for $15 right now. 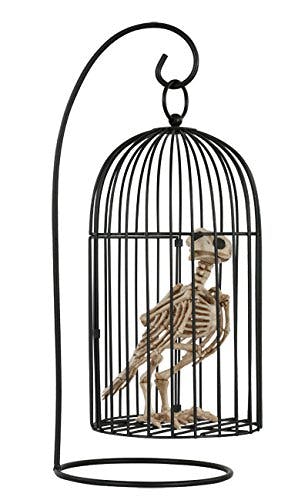 Looking for more gothic decor this Halloween? There’s also a raven skeleton in a cage and the whole set is on sale for 36 percent off. Say forevermore to your new, featherless pet.

Lastly, the owl skeleton is on sale for just $18.99, and hooooo could refuse such a good deal?

Crazy Bonez has other life-sized skeletons available, including dogs, spiders, vultures, and even humans. While they aren’t on sale, they are all decently priced for quality Halloween decor. Stock is moving fast though, so you should act quickly if you want a specific skeleton for your spooky aesthetic.

Prepare for endless pranks this Halloween with these silent pets. Buy them here.