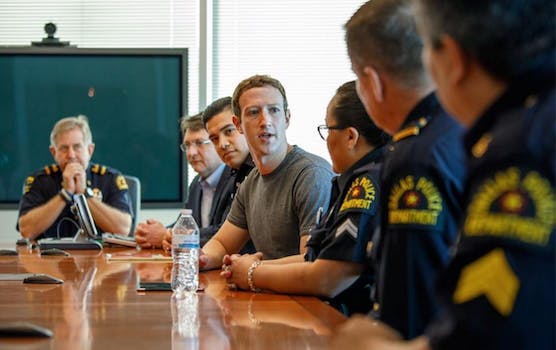 No, Mark Zuckerberg doesn’t actually want to run for president

He's got other things keeping him busy.

Mark Zuckerberg reportedly said he has no intention to run for president after weeks of speculation boiled over across the internet.

“No,” Zuckerberg wrote to BuzzFeed News. “I’m focused on building our community at Facebook and working on the Chan Zuckerberg Initiative.”

It is no wonder people started to think the billionaire might be in the early stages of mounting a presidential campaign. In the last few months, Zuckerberg shared his 2017 resolution to visit all 50 states, he said he is no longer an atheist, the young CEO hired a former White House photographer, he asked Facebook’s board to pass a proposal to let him keep his voting control of the company if he was to serve in public office, and he hired a former presidential campaign manager to help the Chan Zuckerberg Initiative charity.

The 32-year-old will become eligible for the presidency during Donald Trump’s first term, and would probably welcome the opportunity to reverse some the decisions being made by the current administration.

Last April, the social network CEO more than hinted at his contempt toward Trump’s policies.

“As I look around the world, I’m starting to see people and nations turning inward, against the idea of a connected world and a global community,” Zuckerberg said. “I hear fearful voices calling for building walls and distancing people they label as ‘others.’ I hear them calling for blocking free expression, for slowing immigration, for reducing trade, and in some cases even for cutting access to the Internet.”

BuzzFeed News’ source confirms the possibility that Zuckerberg may one day pursue a more direct role in politics, but the odds of him running for president—at least for now—don’t seem very likely.

“There is absolutely a possibility that Mark may choose to play a stronger role in the political system and political debates,” the source said. “Here’s the thing: For Mark, Facebook is global community that already plays this huge part in the lives of billions of people around the world and plays an incredibly important role in shaping the base on the issues that matter.”

Whether he wants to admit it or not, Zuckerberg and his company already had a significant impact on last year’s election result. Facebook has received harsh criticism for its handling of fake news, prompting its CEO to release a statement about what happened during the election. The company is increasing its efforts to combat fake posts.

Even if Zuckerberg doesn’t run for president, his platform could have a significant impact on the future of our elections. We will just have to wait a little longer to see if the country will have its first true social media president.