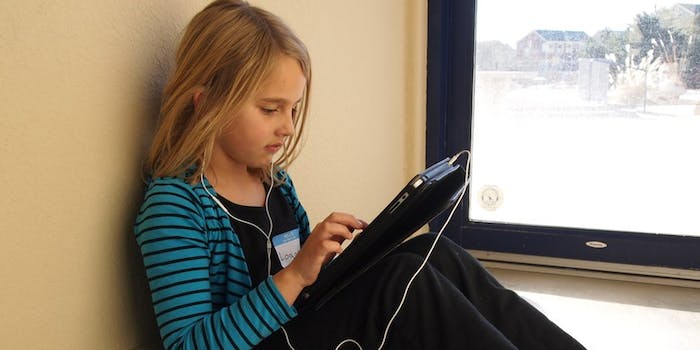 It's not hard to find.

Google describes its YouTube Kids app as being “designed for curious little minds,” but some of the content that appears on the app’s video listings has parents curious, too. The app, which launched earlier this year, is under fire for not being nearly as kid-friendly as Google would have you believe.

A group called the Campaign for a Commercial-Free Childhood is taking Google to task with a video montage of YouTube clips that were found with the YouTube Kids app, and they’re asking the Federal Trade Commission to take action. Among the questionable content, the CCFC discovered raunchy beer ads, discussions of suicide and child abuse, and even a Michael Jackson crotch-grab tutorial.

The app, which is available for both Android and iOS, seems to pull from the massive archive of YouTube, doing its best to keep inappropriate content from finding its way through. Obviously sketchy search terms are blocked, but it’s not hard to find something that a young child shouldn’t be seeing—like a 60-minute burn identification presentation for nursing students, filled with some pretty horrific images.

Let’s just say that the app isn’t nearly as curated as it seems to think it is, and while there’s a pre-made video list filled with some great videos for youngsters, the search function can quickly lead to trouble.

Photo via flickingerbrad/Flickr (CC BY SA 2.0)