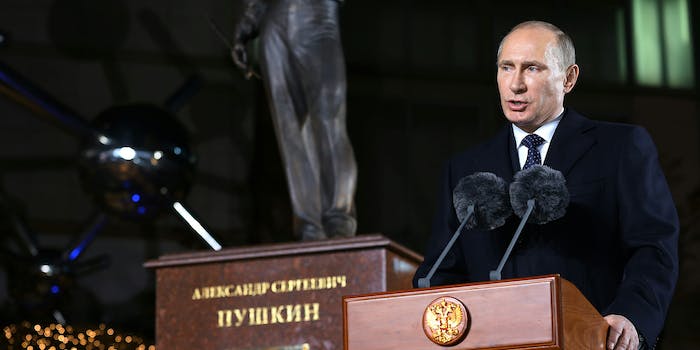 A new report highlights the connections.

A man known as Russian president Vladimir Putin’s “chef” was reportedly behind the financing of the Russia-based “troll factory” that used social media to spread fake news and disinformation ahead of the 2016 election, according to reports.

CNN reports that a company owned by Yevgeny Prigozhin, who has been dubbed Putin’s “chef,” was a “main backer” of the Internet Research Agency, which was allegedly responsible for buying at least more than $100,000 worth of ads meant to stir division about divisive issues on Facebook ahead of the election.

Documents obtained by the news agency show that the Internet Research Agency had ties to a Prigozhin’s Concord Management and Consulting for construction work and that an employee of the firm went on to work at the Russia-based so-called “troll factory.”

The Internet Research Agency has been described as a large part of Russia’s interference in the 2016 election. In September Facebook announced that it believed $100,000 worth of ads and 470 false accounts were created in connection with the Kremlin-connected agency. The ads reportedly focused on divisive issues such as gun rights, immigration, gay rights and racial discrimination.

U.S. investigators believe Prigozhin’s businessness “financed” the Internet Research Agency, CNN reports. The agency reportedly had a division called the “Department of Provocations” which was dedicated to spreading fake news in “the West,” according to documents obtained by CNN.

Prigozhin was sanctioned by the U.S. in 2016 for supporting Russia’s occupation of Ukraine and two of his companies were sanctioned again by the U.S. this year.