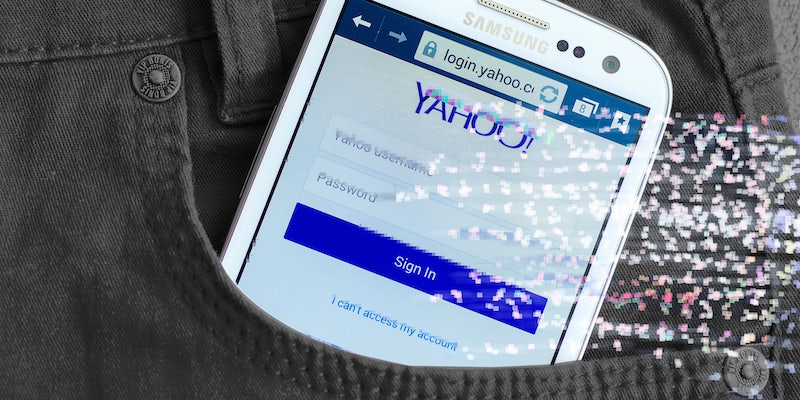 News of the breach first surfaced in early August.

If for some unholy reason you haven’t changed your Yahoo password since 2012, we have some bad news: You’ve probably been hacked.

Yahoo has confirmed a breach of its network exposed the login credentials of some 500 million accounts. The company says it believes the hack was carried out by “state-sponsored” attackers.

Yahoo’s admission was first reported by Recode’s Kara Swisher, a longtime tech reporter with deep ties in the industry.

The admission of a major breach would come at an inopportune time for Yahoo, which is in the midst of selling its core business to Verizon for $4.8 billion.

The hack itself is not exactly news. On Aug. 1, Motherboard’s Joseph Cox reported that someone—a cybercriminal known as “Peace” or “Peace of Mind”—was claiming to be selling hundreds of millions of Yahoo passwords on the dark net. Cox obtained a small portion of the data—around 5,000 logins—and many of the accounts he tested matched real Yahoo accounts, although some had been shut down.

At this point, users should assume that the breach is legitimate, simply for their own digital safety. You can also type in your email address in the Leaked Source search tool to see if your Yahoo account (or any account linked to your address) has been compromised.

And seriously, if you are still using any passwords from 2012, do yourself a favor and go update those now.