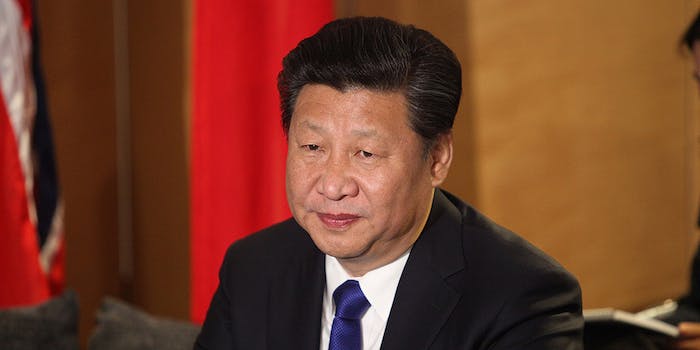 Following news that Reddit will receive between $150 and $300 million from the Chinese media company Tencent, redditors are using the content sharing platform to mock Chinese President Xi Jinping with Winnie the Pooh memes.

Reddit—along with many other sites including YouTube, Google, Twitter, and Facebook—is currently blocked and inaccessible in China without use of a VPN (virtual private network).

“I thought it would be nice to post this picture of Winnie the Pooh before our new glorious overlords decide we cannot post it anymore,” said one post on the r/pics subreddit. The post had more than 37,800 upvotes and 500 comments as of the time of publishing.

Jinping’s aversion to being reminded of his visual similarity to Winnie the Pooh is so strong that it allegedly stopped an entire film from being released in the country. As reported by the Hollywood Reporter last year, the Disney-produced Christopher Robin film was denied a commercial release by Chinese film authorities. Although the film’s denial in China was officially attributed to the movie’s scope rather than Jinping’s personal vendetta, the comedy of the situation remains.