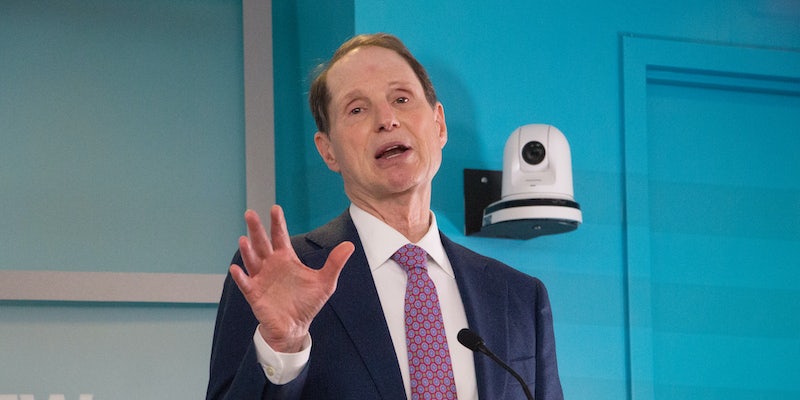 Sen. Ron Wyden (D-Ore.) criticized the hotly-contested EARN IT Act on Thursday and praised a petition signed by more than 590,000 people calling on Congress to reject it.

Wyden made the remarks during a virtual event hosted by a number of organizations that have pushed against the EARN It Act, including Fight for the Future, Demand Progress, Hacking//Hustling, and more.

The groups have pushed a petition signed by over a half-million people that urges Congress to reject the bill.

Lawmakers have said the EARN IT Act aims to curb child exploitation online, but it has been fiercely criticized by civil liberties and privacy groups since it was unveiled earlier this year because of its potential threat to encryption.

The bill essentially amends Section 230 of the Communications Decency Act, which shields websites from liability over what is posted on it by third-parties.

The amended version of the bill passed through a Senate committee earlier this month, with lawmakers trying to assuage concerns about encryption.

The amendments did not lower the concerns.

The amended version, critics said on Thursday, still was a threat to encryption because it puts tech companies in a position where they could be sued by states under different regulations.

“Senator [Patrick] Leahy has tried to put kind of a patch on the encryption question. Unfortunately, we don’t think it was enough to think the threat to encryption was gone,” Ashkhen Kazaryan, director of civil liberties at TechFreedom, said during the event on Thursday. “Basically what the amendment does is it says that you cannot be liable for having an encrypted service as a tech platform, website, or service… That’s a defense. You would have to go to court and say ‘no here we are proving that encryption is actually not part of the reason you want to go after us.'”

Wyden, who has been outspoken in his opposition to the EARN IT Act, praised the efforts and urged people to “get the word out” about the shortcomings of the bill.

“To have 600,000 people, in effect, make their digital voices known saying to a horrendous effort that would roll back free speech and privacy online is hugely important,” Wyden said on Thursday, later adding: “The horrendous idea of letting states regulate the internet—which is a very key part of EARN IT now—is going to create a tidal wave of uncertainty, it is going to produce years of lawsuits, and mind you, it is going to make it even harder to catch the monsters who create and spread vile material online.”