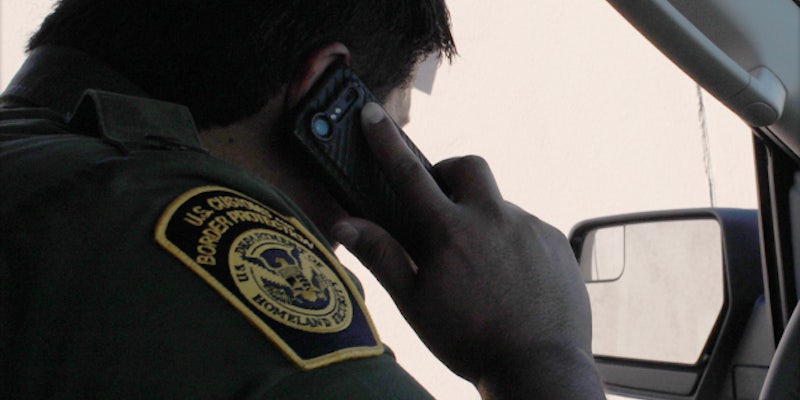 DHS is using a border exemption to download, store Americans’ data without warrants

A letter from Sen. Ron Wyden (D-Ore.) says that U.S. border patrol agents download the phone data of Americans and store it on a central database that can be viewed for up to 15 years.

The letter, addressed to Customs and Border Protection, a branch of the Department of Homeland Security, urges the department to update practices “regarding searches of American’ phones and electronic devices at the border” to protect Americans who have not been accused of a crime.

“Two egregious violations of Americans’ rights that my office recently became aware of in the course of briefings from your agency include: 1) pressuring travelers to unlock their electronic devices without adequately informing them of their rights, and 2) downloading the contents of Americans’ phones into a central database, where this data is saved and searchable for 15 years by thousands of Department of Homeland Security (DHS) employees, with minimal protections against abuse,” the letter said.

Wyden alleges that CBP is abusing the “border search” exemption to the Fourth Amendment, which allows them to conduct a “basic search” of a traveler’s phone or laptop at the border, including reviewing texts and photos. It also allows them to download data from travelers’ phones if they believe there is a reasonable suspicion of criminal activity.

According to the letter, CBP told Congress that it collects data from less than 10,000 phones per year.

“CBP confirmed during this briefing that it stores this deeply personal data taken, without a warrant signed by a judge, from Americans’ phones for 15 years and permits approximately 2,700 DHS personnel to search this data at any time, for any reason,” the letter said. “CBP officials also revealed that government personnel querying the data are not prompted to record the purpose of the search, even though auditable records of this sort are an important safeguard against abuse.”

“CBP should not dump data obtained through thousands of warrantless phone searches into a central database, retain the data for fifteen years, and allow thousands of DHS employees to search through Americans’ personal data whenever they want,” he said in the letter.

Wyden requested CBP provide him with a response on how the plan to address these issues by Oct. 31.