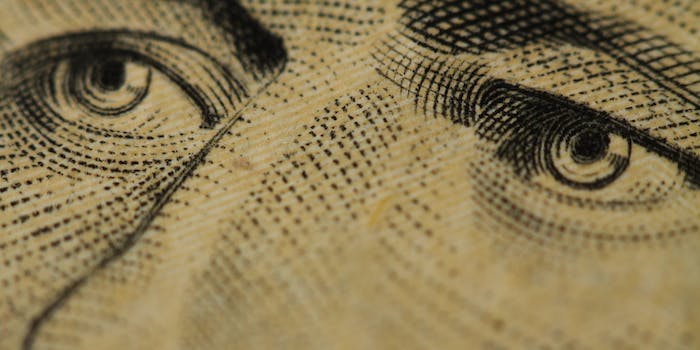 It's a decision that's been in the making for quite some time.

The U.S. Treasury Department announced on Wednesday that, beginning in 2020, the $10 bill will be donning the face of a woman.

The denomination of the bill itself is a bit surprising—an April online petition voted that Harriet Tubman replace Andrew Jackson on the $20 bill, after legislation was introduced to by Sen. Jeanne Shaheen (D-N.H.) to give the bill a feminine redesign—but the idea to put a woman’s face on a paper bill is not a shockingly new one. According to Treasury Secretary Jack Lew, the idea was being discussed before he took office in 2013, and that President Obama called it “a pretty good idea” last year.

The news broke early, after a tweet from the U.S. Institute of Peace’s president Nancy Lindbord set off alarms.

Sec Lew announced 2day historic decision to feature a woman on new 10 dollar bill. About time! Share ideas on who to feature #TheNewTen.

Jackson, and the $20 bill, will remain the same for now. Lew claims that the $10 bill is far more of a security concern than Jackson’s. As for the five-year waiting period, that’s due to a slew of new redesigns to be implemented on all new U.S. paper currency—which will include new anti-counterfeit measures, and features adding tactile designs for the blind—meaning that the new $10 bill will be revolutionary in more ways than its face’s gender.

Exactly whose face that’ll be is legally up to Lew himself, but he won’t be making the decision singlehandedly.

“We’re going to spend a lot of time this summer listening to people,” Lew said, which indicates that a decision could come as soon as this fall (spoiler: it’ll be Tubman).

As for the Hamilton bills, the Hill is reporting that Lew has indicated that his bills will stay in circulation as long as they last, which USA Today reports should be at least another 10 years after the new bills are launched.

But, Today is also reporting that Hamilton will remain on the new bill in some way, “either on the reverse side or in a separate series of bills,” so don’t expect Hamilton be completely getting the boot from his long-held paper home.

The launching of the new $10 bill in 2020 will mark the first time a woman’s face has appeared on U.S. paper currency since Martha Washington graced the $1 silver note in 1986.