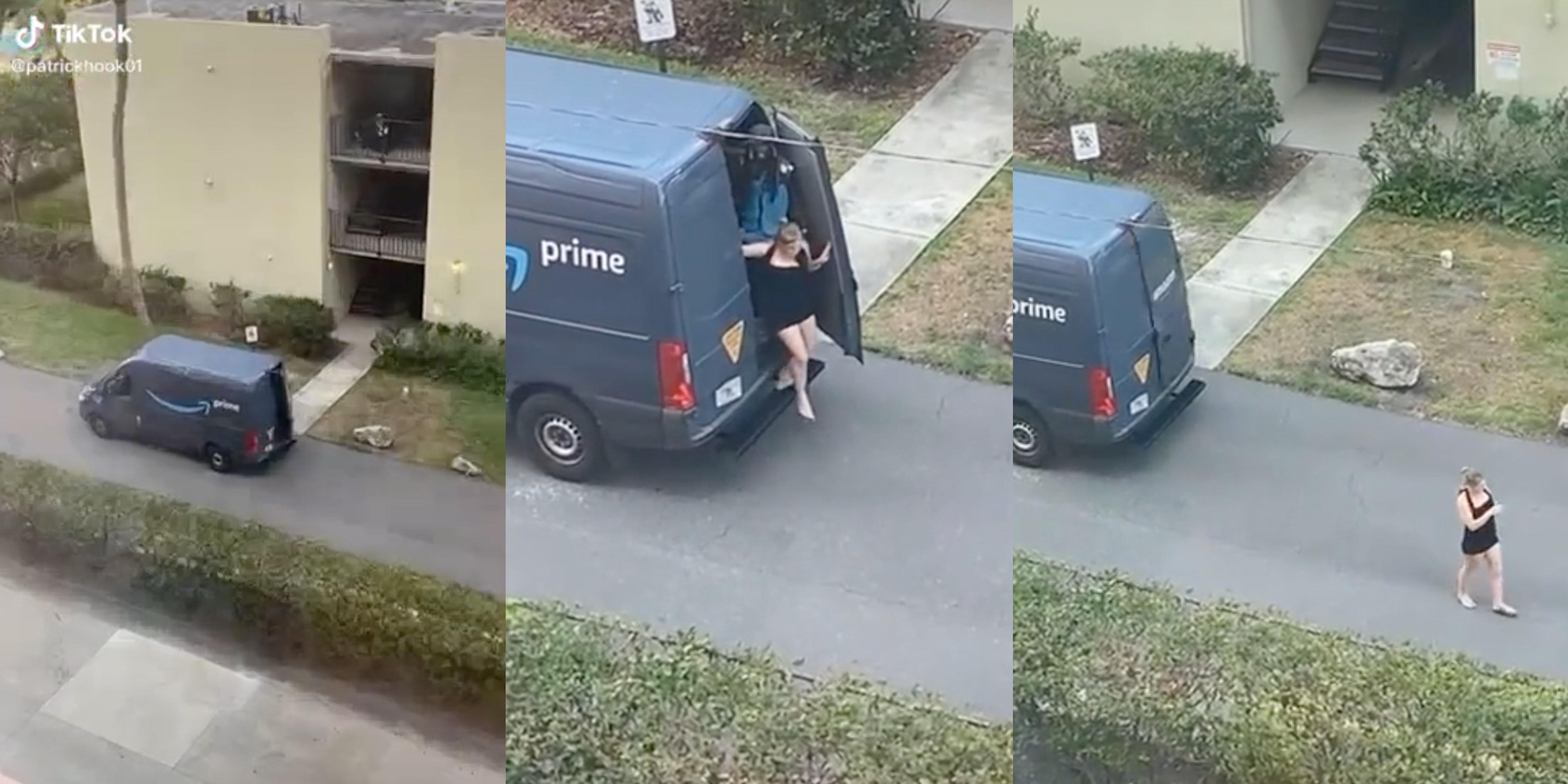 ‘This why my packages always late’: Viral TikTok shows woman in the back of Amazon worker’s truck, sparking speculation

‘You gonna get the driver fired with this video.'

A video of a woman exiting the back of an Amazon delivery vehicle has some speculating about what exactly happened before someone began filming.

The video, posted to TikTok by @patrickhook01, shows a woman exiting the delivery van, causing some fellow users of the video-sharing app to question what the two were doing in there.

Some suggested she was euphemistically receiving a package——that is, engaging in strictly adult activities with the driver in the back of the van.

“So Amazon drivers are the new milk men,” one commenter quppied.

“This why my packages always late,” another joked.

Others were concerned that if the video blows up, the driver is going to get fired.

“Uploader gets a few likes,” one commenter wrote. “The public blows this out of proportion. The poor fellow gets shamed and cannot support his family anymore. Social media!”

The video has so far been viewed nearly 10 million times and liked over 700,000 times since being posted over the weekend.

Another pointed out that the ubiquitous nature of video cameras and technology means people “can’t get away with anything.”

“You can’t get away with anything in this century with all the technology lmao,” the commenter wrote. “Dude is definitely getting questioned or getting fired.”

The Daily Dot has reached out to the poster of the video via TikTok direct message and to Amazon via email regarding the situation.