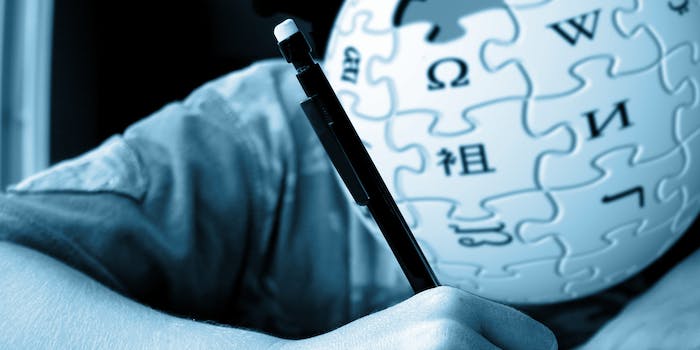 The right to be forgotten... and then immediately remembered on Wikipedia, then mocked.

There’s the Streisand Effect, that act of online self-destruction in which someone’s attempts to hide something from the Internet only brings it more publicity. And then there’s this.

Wikipedia now maintains a page to chronicle the people who have elected to participate in the European Union’s infamous new “right to be forgotten” Internet law.

The law, which has been criticized as both censorship and not terribly effective, allows Europeans to petition Google to hide search results about them that they don’t want seen, and that can include Wikipedia pages. But as the saying goes, the Internet treats censorship as damage and routes around it. So now, also on Wikipedia, anyone can point out that newly-hidden content.

So far, there’s only three pages, though that’s sure to grow. The first is poor Mario Costeja Gonzalez, a Spaniard who unwittingly became the face of the online “right to be forgotten” movement, and who most certainly got more attention than he ever bargained for. Costeja Gonzalez spent five years battling Google in courts, trying to get the search engine to hide references to the fact that he’d had his home repossessed in 1988.

The second is Greg Lindae. As reported by the Wall Street Journal, Lindae, a private-equity investor born in the U.S. but now based in the Netherlands, wasn’t pleased by an older Journal article. That article, also from 1988, named Lindae as someone who attended a tantric sex workshop with his then-girlfriend.