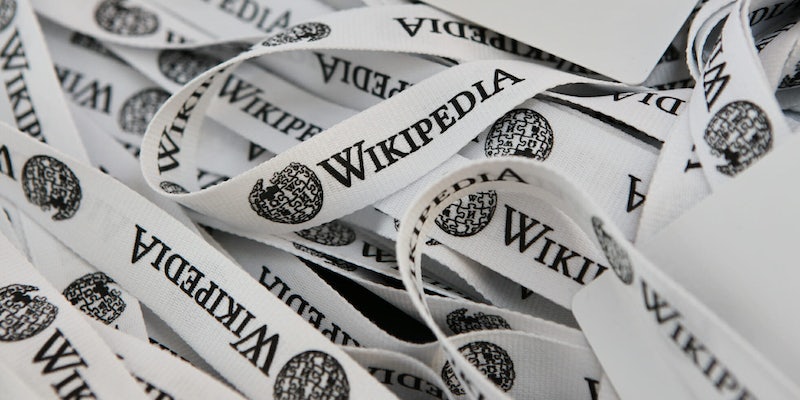 There vote was overwhelmingly in favor of the proposal.

Editors on Wikipedia voted last month to stop using Breitbart, the hyper-conservative website, “as a reference for facts” on the crowdsourced encyclopedia, according to a new report.

“There is a very clear consensus here that yes, Breitbart should be deprecated in the same way as the Daily Mail. This does not mean Breitbart can no longer be used, but it should not be used, ever, as a reference for facts, due to its unreliability. It can still be used as a source when attributing opinion/viewpoint/commentary,” an editor wrote on Sept. 25.

Motherboard was first to report on the vote.

Amid the vote, a large discussion took place with many people arguing that Breitbart was “not a reliable source” and was “generally unreliable.”

“We have something over 2,500 links to Breitbart, many of them as sources in articles. I think that Breitbart is not a reliable source,” the editor who nominated the discussion wrote. “Sometimes it’s being used as a source for what Breitbart says, in which case it is not independent. It’s my view that we should not source anything to Breitbart other than strictly factual and uncontroversial facts about Breitbart on the articles related to Breitbart and its people.”

The vote was overwhelmingly in favor, with only a small handful of editors opposing the decision. Some argued that the right-wing bias of Breitbart was not disqualifying, while others said that the leanings of the site were not what was being discussed.

“Breitbart has a strong bias (which they admit), but there’s a big difference between having a conservative/populist/nationalist point of view and lying. BB should be used with caution, but an outright ban on citing it would hurt WP far more than help,” one editor wrote.