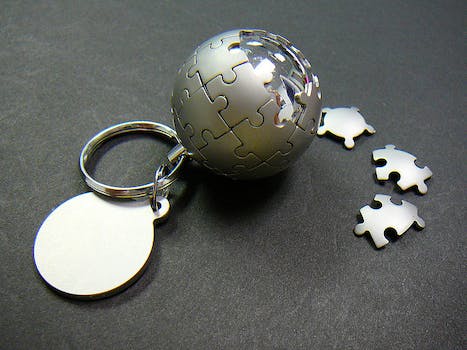 Since its founding more than a decade ago, Wikipedia has always prided itself on openness. Anyone who wants to edit the world’s largest encyclopedia can do so, despite occasionally embarrassing results.

Given the site’s democratic nature, it is big news within the Wikipedia community whenever administrators take the extraordinary step of implementing a global ban against an individual user, revoking his or her ability to edit the site, usually forever. It’s so rare, in fact, that until just recently, only three users had ever been globally banned.

Last month, two more usernames were added to the list of globally banned Wikipedians, bringing the total to five. The Wikimedia Foundation, the nonprofit organization that supports Wikipedia, has been tight-lipped about the reasons why it banned editors Demiurge1000 and Dcoetzee. Members of the community have challenged the secrecy of the global ban process itself and are speculating about what got the two users permanently removed from the site.

Both Demiurge1000 and Dcoetzee were banned on Dec. 3, 2014. According to Juliet Barbara, senior communications manager at Wikimedia, the fact that both users were banned on the same date was a coincidence resulting from “process and workflow” at the foundation and nothing else. As a matter of policy, Barbara and other Wikimedia officials declined to discuss the dual sets of circumstances that prompted Demiurge1000 and Dcoetzee’s removal.

“Global bans are meant to help ensure the trust and safety of the users of all Wikimedia sites, or to assist in preventing disruptive behavior that interferes with constructive contributions and dialogue,” Barbara told the Daily Dot.

Though Wikipedians are routinely blocked or suspended from specific Wikimedia projects as a means of discipline, the global ban exists at an entirely different level. According to Wikimedia, the global ban was created for situations where “a problem cannot be addressed by the community through less restrictive means.” Global bans can be initiated by either the Wikipedia community at large or the Wikimedia Foundation. So far, four users have been globally banned by the foundation; only one has been banned by a community-led effort.

Unlike temporary suspensions, global bans aren’t intended to give users a “cool down” period to resolve bad behavior. They’re meant to remove a problematic editor entirely, reflecting a “broad and clear community consensus.” These bans are different from “global locks,” which are applied much more routinely to spammers and vandals.

According to Philippe Beaudette, Wikimedia’s director of community advocacy, the bans against Demiurge1000 and Dcoetzee resulted from “exhaustive” investigations by Wikimedia officials.

“We expended many staff hours digging into this and built a series of increasingly detailed briefing documents for” Wikimedia’s legal department, Beaudette wrote. “Nobody here is of the ‘ban ’em all, let $diety_name sort them out,’ personality. If anything, we tend to err toward not excluding people from this community.”

Even so, the absence of a detailed explanation for the bans led some to question the secrecy of the process. Frustrated contributors included Wikipedian Coretheapple, who had a testy exchange with James Alexander, Wikimedia’s manager of legal and community advocacy.

“I just find the whole process (such as it is) somewhat hard to understand and contrary to Wiki traditions of transparency,” Coretheapple wrote.

Others have leveled even harsher criticism at the foundation while voicing their desire to know what happened to Demiurge1000 and Dcoetzee. Writing for Wikipediocracy, a website stridently opposed to many Wikimedia leaders and policies, former Wikipedian Mila Zinkova claimed that one of the banned users was expelled from the site for inappropriate behavior with underage males. The Daily Dot cannot independently verify this claim. In an interview, Zinkova insinuated that the lack of transparency regarding these bans stemmed from Wikimedia’s desire to protect itself.

“Wikimedia needs to be more open about this process,” Zinkova said. “Everything on this has been done in secret. It is reminiscent of the Soviet Union.”

Despite the criticism, the foundation has continued to stonewall efforts to learn more about these bans. In responding to repeated queries, all Alexander would say on his talk page was that the users were banned “as part of our ongoing obligation to protect the site and its users.”

“I promise you this is not just lawyerly reticence,” he went on to say. “I personally think that there are a few very good reasons we need to keep ban reasons private and very little that would end up being good in the long run if we made it public (however much that may be difficult to see from the outside).”

Photo via Cary Bass-Deschenes/Flickr (CC BY 2.0)