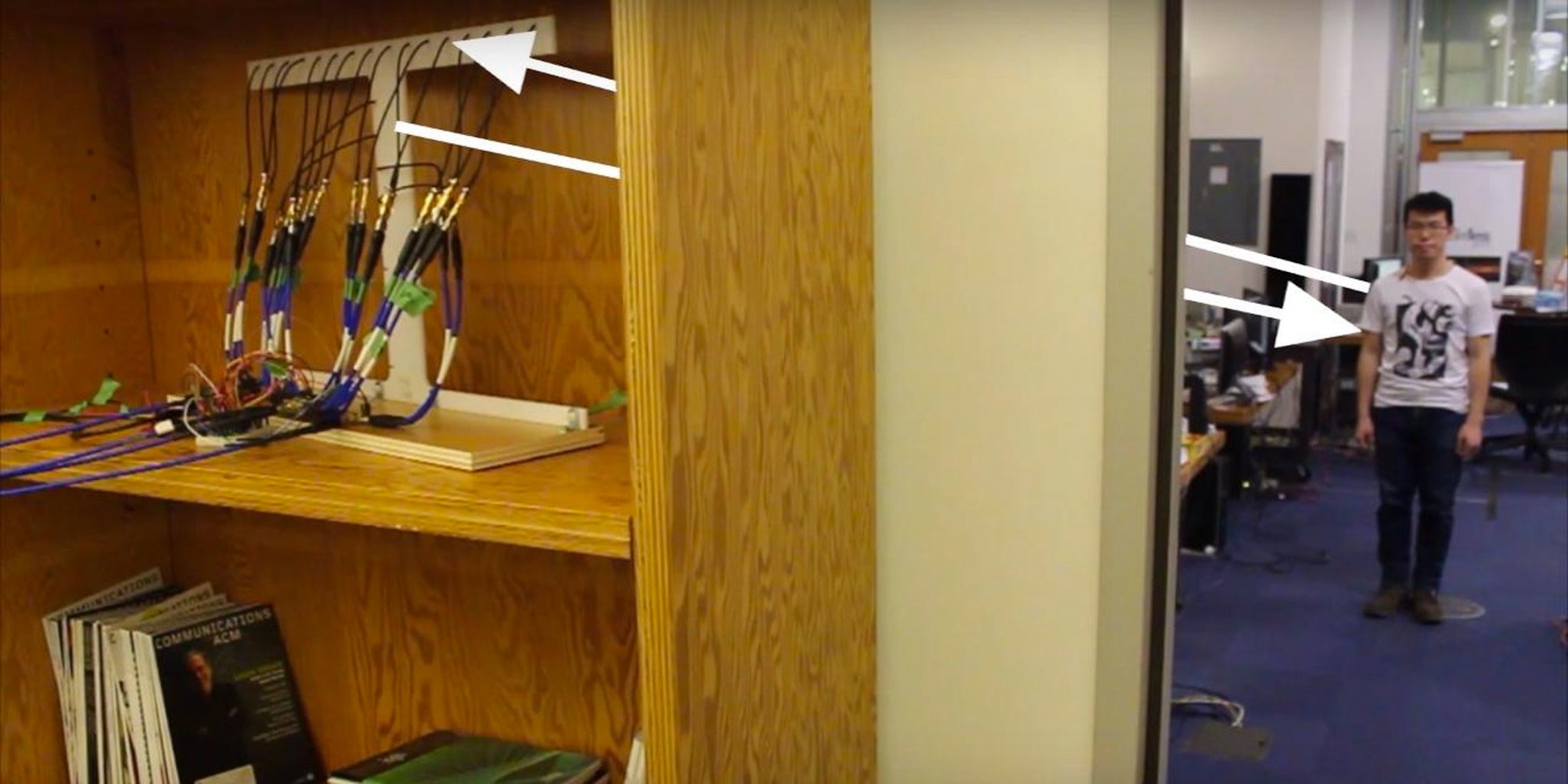 Your future router is going to keep an eye on you.

It turns out you don’t have to be from a distant planet or be involved in a chemical spill to have X-ray vision. Researchers have discovered a way to identify the human form through walls.

Students from the Massachusetts Institute of Technology’s Computer Science and Artificial Intelligence Laboratory, led by Professor Dina Katabi, published a paper earlier this week on RF-Capture. It’s a new technology that transmits low-power signals and uses its reflections off the human body to detect and trace the human silhouette.

“Since wireless signals traverse walls and occlusions, RF-Capture can trace the human figure through walls,” Katabi explained to the Daily Dot.

She has been involved in research utilizing low-power signals with the intention of sensing humans since 2012. During the course of developing the technology, the researchers have been able to improve its capability so that it can track movement through a wall and identify a person to within half a foot of their location.

The biggest challenge, though, has been developing the capability to identify the silhouette of a person and distinguish between people. RF-Capture achieves that goal.

When the device sends out its signal, it reflects back off a section of the body—it doesn’t capture the body as a whole with each signal. Instead, a complex algorithm combines the information captured from each reflection and reconstructs the full silhouette. RF-Capture can also identify individuals with a classifier that distinguishes between different people.

The device has a wide range of potential uses, from improving motion capture to creating a smart home environment that Katabi suggests could “adapt heating or lighting to the taste of each individual” or even “[identify] the person setting on the TV couch and [tune] to her favorite channels.”

For the time being, though, Katabi is primarily interested in applications related to healthcare. She and her team are working on a device called Emerald, which is targeted toward the elderly and the challenges caused to them from falling.

“Many older people live alone and hence when a fall occurs the person stays on the floor for many hours,” Katabi explained. “Emerald… sits at home and detects elderly falls and balance problems. It works across rooms, can detect falls, and identify the person who fell.”

Ever year, according to the Centers for Disease Control, 2.5 million Americans 65 and older are treated in emergency departments for fall-related injuries. Those falls lead to $34 billion in medical costs each year. Emerald, which was presented to President Obama during the White House’s Demo Day event earlier this year, would do away with wearable monitors and could simply sense if a person has fallen. It can also gather additional health information, including breathing and heart rate, from the wireless technology.

RF-Capture presents plenty of other possibilities—some more ominous than others. There are undoubtedly questions of security any time a device purports to be able to see what you’re doing.

One would hope that should, say, law enforcement want to utilize the technology, it would require a warrant to authorize use. The New York Police Department is already in possession of military-grade vans capable of using X-ray radiation to look through walls or vehicles. According to the Atlantic, the NYPD won’t say if it is obtaining judicial authorization to use the X-ray vans, nor if it maintains the images captured by the technology.

Katabi told Gizmodo that when it comes to privacy, “we are working along two fronts: first, we are designing blockers that can prevent someone from being tracked except by their own device. And, second, we need to have regulations that dictate how and when these devices can be used.”

RF-Capture is still about a year away from any commercial applications, but could be integrated into more common products. While the device does require its own radio, Katabi said that it could be incorporated into a ubiquitous device like a Wi-Fi router and turn any home into one equipped with X-ray vision.

Combine that with the possibility of using wireless signals as a source of battery power and the future of routers is looking promising.