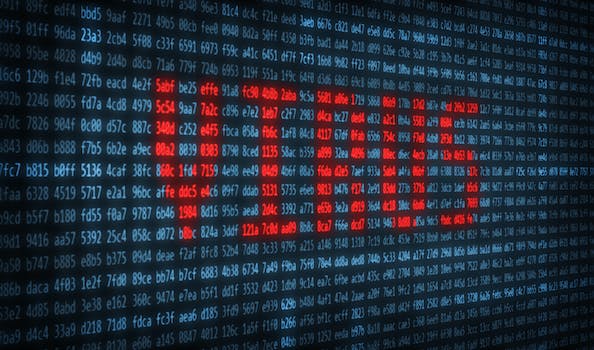 A Wiccan witch claims she can kill computer viruses with magic, but experts aren’t convinced

It takes more than magic.

Most people have a basic understanding of computers but some of the intricacies are often lost, especially when you’re in a panic over a virus. At that point, you aren’t really interested in knowing how or why it’s taken hold of your computer—you just want to get rid of it.

Motherboard recently found a unique antivirus solution: a Wiccan witch who casts away viruses with magic.

Reverend Joey Talley, an ordained minister in the state of California, told the publication that she has used her abilities to clear computers of malicious programs. Talley utilizes a number of techniques, ranging from burning sage around the computer to placing various stones near the device.

“There are different stones that work really well on computers, fluoride is one of them. Also, some people really like amethyst for computers,” she told Motherboard. “Sometimes I do a magic spell or tape a magic charm onto the computer somewhere. Sometimes I have a potion for the worker to spray on the chair before they sit down to work.”

Experts, however, are less than convinced.

Kevin Haley, Director of Norton by Symantec, told the Daily Dot that in his team’s research, they have never attempted any approach quite like the ones described by Talley. “We’ve never tried stones or spells to get rid of viruses. However, I once left a virus in the fridge with my lunch. That didn’t get rid of the virus, but after two weeks no one would go near the fridge,” he said.

At the very least, according to Sophos security adviser Paul Ducklin, going to someone like Talley for your computing needs isn’t going to make matters any worse. “Exorcising your PC will do it no harm,” he told the Daily Dot. “But I’d run a virus scan as well, just to be sure.”

Talley would likely disagree with the need for an additional scan, as she claimed that viruses clear out immediately after her procedures.

While most antivirus software scans through a computer in search of any potentially harmful programs that have been installed on the system, Talley said that she can “literally feel” the virus in her body. “I can feel the smoothness where the energy’s running, and then I feel a snag. That’s where the virus got in,” she explained.

It’s also possible that a piece of software wouldn’t be able to find what Talley is searching for. She describes the viruses she’s dealt with as demons that eat and absorb energy, which they find in abundance in computers, and some have more nefarious objectives.

“Sometimes when a demon is in a computer system, it’s just like a roach in a kitchen. It just eats and stays out of the way. But some demons are working for someone’s who’s trying to hurt you, and those are the really hard ones,” she said.

“We’ve sometimes described the people behind malware as demons,” Kevin Haley explained. “But common thieves is probably more accurate. Malware is really software that fools a computer into doing something it shouldn’t.”

He dismissed the notion that viruses were supernatural in any way, saying, “I wish we could blame spirits, but malware is bad people doing bad things to you and me. They may be using a computer, but it’s all too human.”

Duckin echoed this sentiment, explaining that viruses and the like originate from online activity. “Whether you have technical or religious protection in place, or both, that’s not an excuse for taking avoidable risks like opening dodgy attachments or clicking cool-sounding links ‘just to see what they do,'” he said.

“I’m really not sure what there is to say. Obviously you can’t magic viruses out of computer,” the author of MalwareTech told the Daily Dot. When asked if they had ever come across a piece of malware that resembled an energy-gobbling demon, the author said, “metaphorically speaking, that is most malware.”

Experts in the field of computer security might think they know better than Talley, but the Reverend believes in her abilities and suggested those who doubt to pick up the book The Spiral Dance. You can find out for yourself if it contains the answers that you’re searching for, but if you need a solution to a malicious invader on your computer, you’re still better off going with an antivirus that is software-based.