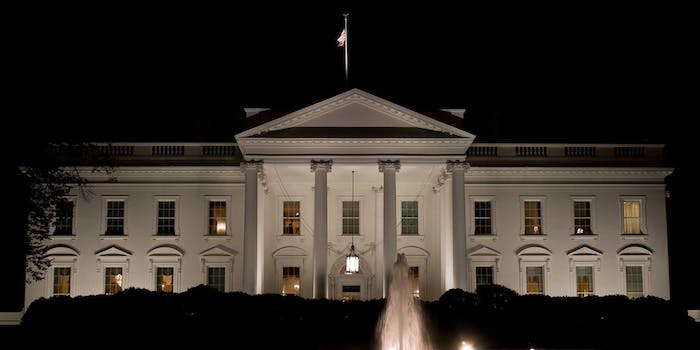 The account, legendary in Washington Twitter circles for its brazen attacks on the Obama administration, was run by one of its own

A national security official was fired last week after it was discovered that he had been trolling the White House for two years on Twitter under a false identity, mocking members of the foreign policy community and revealing internal information about the Obama administration.

The Daily Beast reports that Jofi Joseph, a director in the non-proliferation section of the White House’s National Security staff, was the person behind @natsecwonk. For two years, the mystery Twitter account was infamous inside the beltway for both its brazen critiques and ad hominen attacks of the Obama administration. The account first started posting messages in February 2011 and continued until it was shut down last week.

A former State Department employee, Joseph has ties to a number of prominent D.C. officials. He’s worked in the Capitol, under Sen. Bob Casey (D-Pa.) and then-Sen. Joe Biden. Prior to his dismissal last week, confirmed to the Daily Beast by two unnamed administration officials, Joseph was part of a White House team working on negotiations with Iran.

The account is now deactivated, but the Daily Beast has catalogued a sampling of some of the account’s more infamous tweets.

I’m a fan of Obama, but his continuing reliance and dependence upon a vacuous cipher like Valerie Jarrett concerns me,’ he once tweeted.

‘Was Huma Abedin wearing beer goggles the night she met Anthony Wiener? Almost as bad a pairing as Samantha Powers and Cass Sunstein ….,’ he tweeted on another occasion, insulting a top Clinton aide, a then Congressman, and two White House senior officials in one tweet. […]

‘So when will someone do us the favor of getting rid of Sarah Palin and the rest of her white trash family? What utter useless garbage …. ,’ he tweeted last October.”

There was no official statement from the White House Tuesday night in regard to Joseph’s Twitter activity or his firing.

For his part, Joseph offered up a contrite apology via an email to Politico Tuesday night.

“It has been a privilege to serve in this Administration and I deeply regret violating the trust and confidence placed in me,” he said.

“What started out as an intended parody account of DC culture developed over time into a series of inappropriate and mean-spirited comments. I bear complete responsibility for this affair and I sincerely apologize to everyone I insulted.”