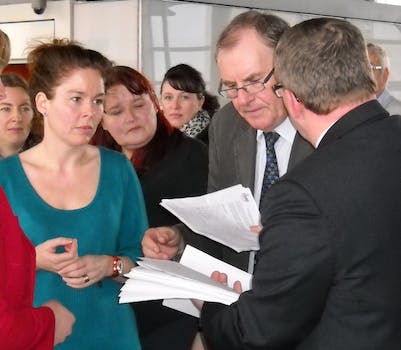 The day after the White House announced that it would stop responding to online petitions that had only 25,000 signatures, some concerned citizens formed a counterargument.

The day after the White House announced that it would stop responding to online petitions that had only 25,000 signatures, bumping the requirement to 100,000, some concerned citizens have formed a counterargument.

“We, the 100,000 People of the United States, demand that the petition level for taking us seriously goes back down to 25,000 people,” reads a new petition created Wednesday.

The White House said it decided to quadruple the minimum number required to prompt a response because user participation had risen sharply in recent months. The subtext of that was annoyance: Absurd petitions, like for the New York State to adopt an official Pokémon, have recently ballooned in popularity. Unlike in the site’s previous four years of existence, the White House has recently been forced to address topics like building a government Death Star and deporting Piers Morgan (both no, for those keeping track).

But this latest petition doesn’t seem to be a joke. Its request is brief and to the point: “Congress gets lobbyists. We get petitions. This site is one of the PEOPLE’S ONLY ways to have a voice. We are not a giant corporation. We are people.”

As per official rules, the petition to make petitions easier has thirty days from its creation to get its required number of signatures. It gained 3,515 in its first day. That puts it on pace to barely make 100,000 signatures when it ends on Feb. 15.

Of course, the White House will only be obligated to respond if the petition hits that number, not necessarily obey it (a fact that, in 2012, prompted some citizens to create a petition to take these petitions seriously). Or President Obama could just raise the requirement to a cool half million by mid-February.