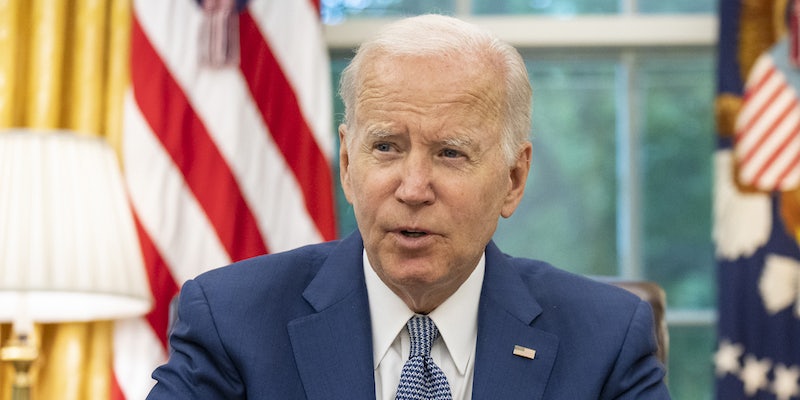 The Biden administration is once again calling for reform of Section 230.

The White House on Thursday held a listening session with experts on big tech and the harms it poses to society at large.

The experts, according to a readout of the meeting, pointed specifically to six key areas of concern: “competition; privacy; youth mental health; misinformation and disinformation; illegal and abusive conduct, including sexual exploitation; and algorithmic discrimination and lack of transparency.”

Outlining the topics discussed, the White House focused on the experts’ concerns over issues such as anti-competitive behavior by the industry’s major players as well as “the rampant collection of vast troves of personal data.”

“Some experts tied this to problems of misinformation and disinformation on platforms, explaining that social media platforms maximize ‘user engagement’ for profit by using personal data to display content tailored to keep users’ attention—content that is often sensational, extreme, and polarizing,” the White House stated. “Other participants sounded the alarm about risks for reproductive rights and individual safety associated with companies collecting sensitive personal information, from where their users are physically located to their medical histories and choices.”

Concerns were also raised over the lack of transparency, especially those regarding algorithms that play a central role in providing consumers “with access to critical opportunities like job openings, home sales, and credit offers.”

The effects of social media on young users and “the magnitude of illegal and abusive conduct hosted or disseminated by platforms” was likewise a major topic. The experts pointed to Section 230 of the Communications Decency Act, arguing that it not only shielded big tech from liability but encouraged them not to address issues such as “child sexual exploitation, cyberstalking, and the non-consensual distribution of intimate images of adults.”

The administration pledged in response that it would “continue to work to address the harms caused by a lack of sufficient accountability for technology platforms.”