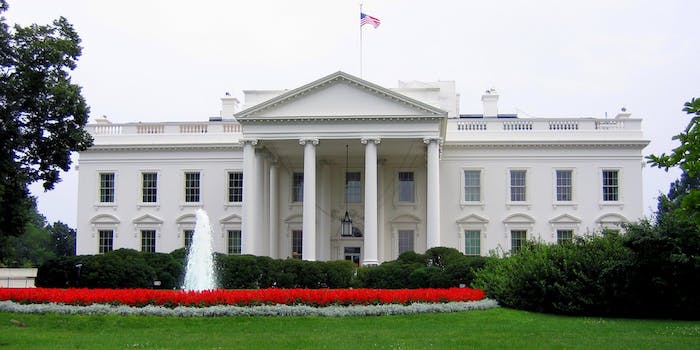 In a move that has roiled advocates of government transparency, the White House announced Tuesday that its Office of Administration will no longer comply with Freedom of Information Act (FOIA) requests.

The controversial decision codifies the unofficial policy of the Obama and George W. Bush administrations, both of which refused to comply with FOIA request made to the Office of Administration.

The White House draws its legal basis from a series of court rulings that have upheld that the Office of Administration, which handles much of the paperwork and official business of the White House, is not a distinct enough agency to fall under the decades-old FOIA law. According to USA Today, most White House records currently fall under the Presidential Records Act, which allows the commander-in-chief to maintain private records until after he or she is out of office.

Drawing from a 2009 court ruling, which found that the Office of Administration “lacks substantial independent authority” outside the White House itself, the Obama administration has decided that the office should fall under the purview of the Presidential Records Act instead.

“This federal register notice does not change any aspect of the Administration’s FOIA policy. It simply removes outdated regulations that no longer apply to the Office of Administration and haven’t applied since the Bush Administration,” a White House official told The Hill.

White House officials have defended this policy shift by arguing that the president has worked hard to disseminate information without requiring FOIA request in the first place, with White House spokeswoman Brandi Hoffine calling the administration’s transparency efforts “unprecedented.”

But that argument doesn’t seem to carry weight with open-government groups on either side of the political divide.

“It is completely out of step with the president’s supposed commitment to transparency,” said Anne Weismann of Citizens for Responsibility and Ethics in Washington, a liberal transparency group, speaking to USA Today. “That is a critical office, especially if you want to know, for example, how the White House is dealing with email.”

Meanwhile, Tom Fitton of the conservative group Judicial Watch, accused the president of doing away with FOIA regulations after 30 years because they had become “politically inconvenient.”

Advocates are also incensed by the timing of the rule change, which comes in the middle of Sunshine Week, an effort by press and transparency groups to promote various Freedom of Information and Sunshine laws.