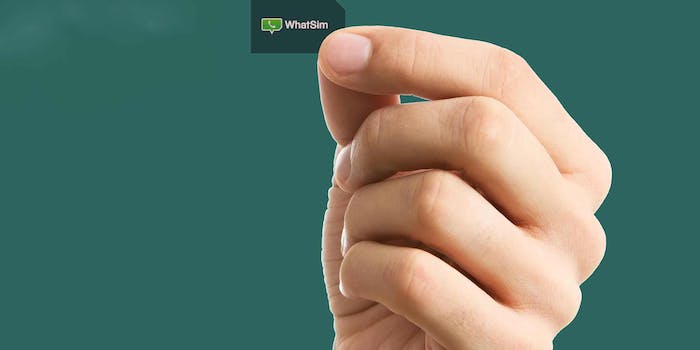 No free Wi-Fi? Don't want to pay for roaming data? Still want to use WhatsApp? Now you can.

It’s a good time to be a WhatsApp addict. Soon after announcing the debut of the platform’s desktop application, an Italian company has launched WhatSim, a WhatsApp-exclusive SIM  card that basically gives you built-in Wi-Fi and lets you use the messaging service anywhere in the world, forever, for a flat rate. No cell contract needed.

Manuel Zanella, the creator of WhatSim, is also the Founder and CEO of Zeromobile, an Italian global mobile company that promotes low-cost roaming. In a bold move to entice WhatsApp’s 700-million strong active fan base to be even more reliant on the service, the company offers the SIM card for an affordable price of 10 Euros, only a little over $11 in the U.S. 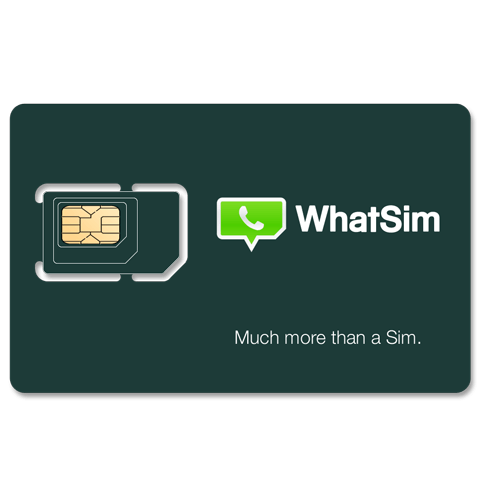 Facebook-owned WhatsApp is initially a free download and only costs 99 cents annually after the first year of use. Still, the WhatSim card comes with an affordable data plan that has coverage in over 150 countries, ultimately solving the problem of excessive international roaming charges at a one-time fee versus yearly payments.

Text messaging is free on WhatSim for the first year, and much like WhatsApp’s payment model, would only cost about $11 to maintain annually. However, if you’d like to do more—like send and receive photos, videos and voice messages, or share your location or contacts—you will need to “recharge” to avail of extra services, for as little as $6. WhatSim works on all unlocked phones and comes in various SIM card sizes.

If you’re wondering why you would pay more than WhatsApp itself charges, all you need to do is ask any international traveler. WhatsApp is an incredibly useful, global messaging app… as long as you have data or available Wi-Fi. And given how expensive roaming data is and difficult free Wi-Fi can be to find, the little card comes in handy, solving both of those issues at a cheap price.

Granted, WhatSim is a single-use product—their official website says it only runs the WhatsApp app and nothing else—but it certainly has the potential to gain extreme popularity. It basically lets you maintain communication with everyone you know for (very) cheap, a feat WhatsApp itself is trying to solve through its official Web client.