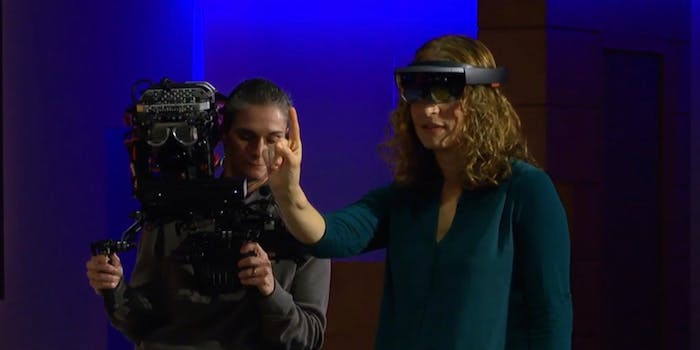 Microsoft reveals HoloLens, a futuristic visor that turns the world into holograms

The future is holographic.

Today at a press event held at its headquarters near Seattle, Microsoft finally revealed its vision of virtual reality—and as it turns out, it’s not really virtual reality at all. Instead, Microsoft will throw its considerable weight toward a device called the HoloLens, a vessel for its augmented-reality software. 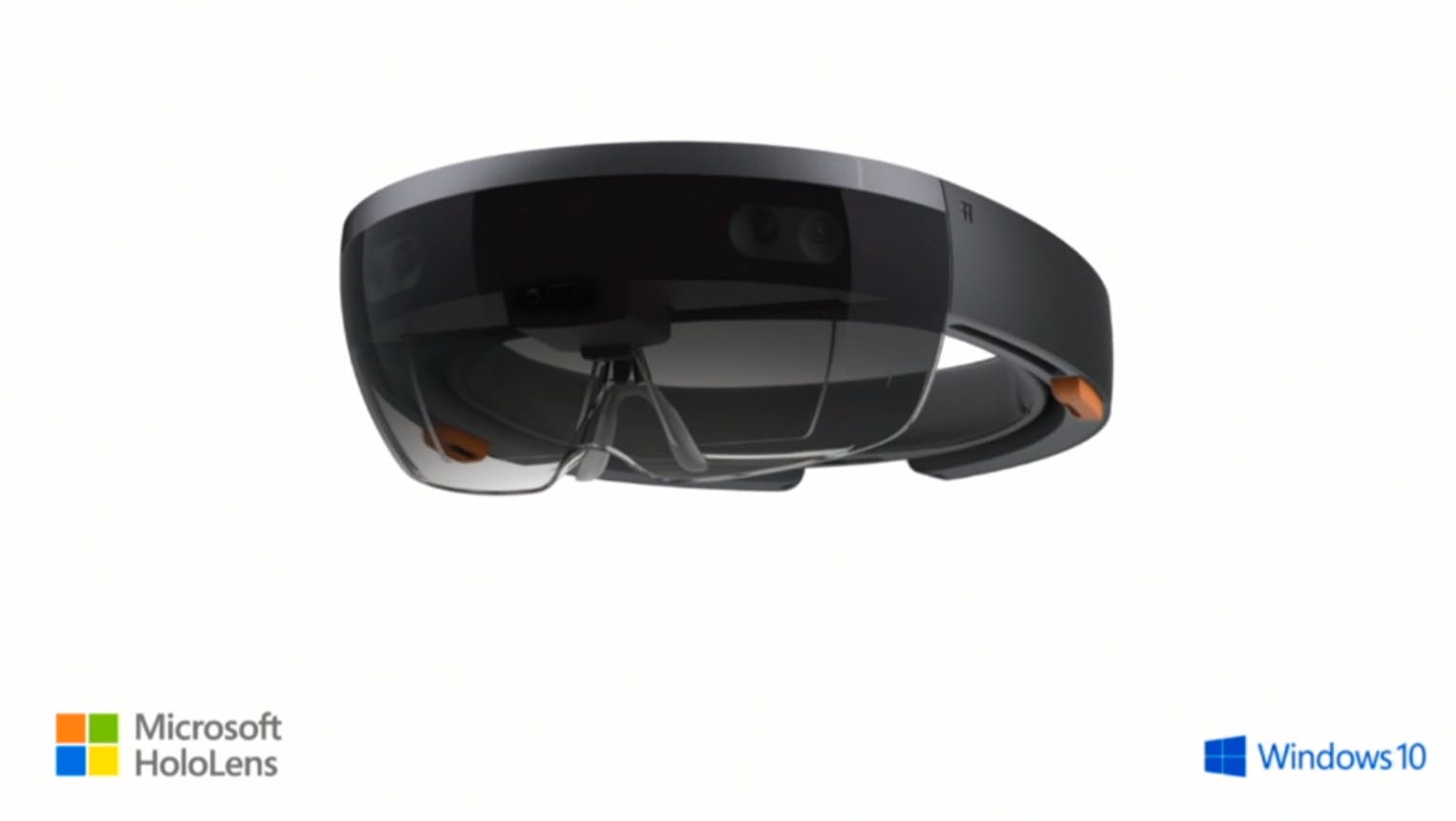 As many suspected, Microsoft had apparently been toiling away quietly for years on what would become the HoloLens. The company managed to leak nothing about device that will make it all possible by hiding its development in plain sight at Microsoft’s own visitor’s center.

Like the name would suggest, the HoloLens is straight out of science fiction. The device itself, demoed on stage, looks a bit like a less bulky pair of ski goggles. Its main trick—and it’s quite a trick—is displaying holograms in the surrounding environment. Microsoft swept through a remarkable array of possible use case scenarios, from scientists working on a Mars rover to designing a drone fit to 3D-print.

Plenty of questions remain about the device itself, but we do know some key details. For one, unlike Google Glass and the Oculus Rift, two very different but not unrelated experiments, Microsoft’s HoloLens will not require connection to a smartphone, an external camera, or a PC. Microsoft’s research team even developed a special third processor to add to the traditional CPU and GPU in order to power the device’s unique experience. The HoloLens will be totally wireless, featuring spatial sound so you “can hear holograms even when they’re behind us.” (Wrap your head around that one.)

“Virtual reality may not be for everyone,” Microsoft’s Alex Kipman said on stage. “We’re dreaming beyond virtual worlds, beyond screens, beyond pictures. We’re dreaming about holograms mixed in your world.”