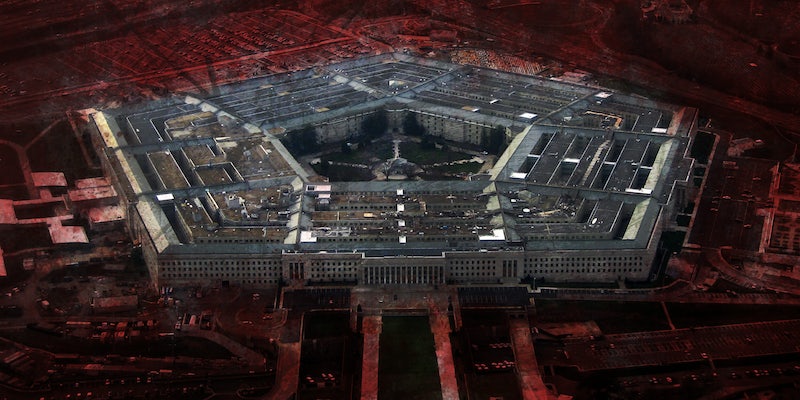 What exactly is the ‘deep state,’ and is it even real?

Is the so-called 'deep state' a real threat to President Trump?

The “deep state” is the worst kept secret government operation in Washington.

But let’s take a step back—what exactly is the deep state—and is it even real?

What is the deep state?

The so-called “deep state,” sometimes also known as “shadow government,” is often used to describe the bureaucracies of the military and spy agencies and their top secret inner-workings.The roots of the deep state’s creation date back to the end of World War II and the expansion of what President Dwight Eisenhower deemed the “military-industrial complex.” Former congressional staffer Mike Lofgren is the author of Deep State: The Fall of the Constitution and the Rise of Shadow Government and offered up the following definition of the deep state on Bill Moyers:

Lofgren also includes FISA courts and powerful federal courts such as the Eastern District of Virginia, which has issued subpoenas to Trump associates Paul Manafort and Flynn in connection with the FBI’s investigation into the Trump campaign’s alleged collusion with Russia, and the Southern District of Manhattan, which has the ability to investigate Trump’s numerous conflicts of interests on Wall Street and once included ousted federal prosecutor Preet Bharara.

The other deep state

The deep state as understood by Lofgren and other national security experts appears to be on an entirely different planet than the conspiratorial deep state of Breitbart and Alex Jones lore.

“When I wrote the Deep State I began to realize from all these interpretations that when you create a concept and send it out into the world it’s like sending a virus out,” Lofgren at a panel before the Chicago Council on Global Affairs in June. “It infects other people. It mutates, and it comes back unrecognizable.”

Lofgren dismissed outside interpretations of the deep state by various conservative media icons, including a scenario posed by Pat Buchanan in which pro-Trump and anti-Trump factions of the federal government are at war with each other. The actual deep state is far more banal, Lofgren argues. Far from being a secret “conspiratorial cabal,” the real deep state, he argues, operates in broad daylight, in the form of thousands of government workers going about their daily duty, and has done so far before Trump ever stepped foot into office.

Breitbart’s definition of deep state encompasses not just an identity but any behavior that can be considered “anti-Trump,” especially leaks, and includes the mainstream media and other factions of the federal government, such as EPA employees who have refused to comply with Trump’s orders. One Breitbart headline from May trumpeted, “Jack Welch urges Trump to go to war against the Deep State.” It was an overly generous interpretation of comments made by the former CEO of General Electric in a CNBC interview, in which Welch criticized Trump’s management of the bureaucracy and firing of James Comey.

The term “deep state” has been used to refer to deliberate leaks designed to undermine the president, but also to the willing collusion of elements of the mainstream media, the latent distrust and suspected opposition of elements of the intelligence services, but also the willing resistance of certain career civil servants in the agencies charged with carrying President Trump’s directions to fruition.

Trump and the deep state

One could argue that if any American president had a reason to fear backlash from the top-secret factions of his government, it’s Trump. His distrust of the NSA, FBI, CIA, and other intelligence agencies is unique among American presidents. He’s likened intelligence officials to Nazis and dismissed the FBI investigation into his campaign’s Russian ties as a “witch hunt.” The president’s stormy relationship with the intelligence community came to a boiling point after the firing of FBI Director James Comey.

Former CIA case officer and executive director for Council for the National Interest Phil Giraldi maintains there is some truth to a partisan faction within the deep state.

“I think when we talk about the intelligence community, it’s important to analyze what that means,” Giraldi said in an interview with the Tom Woods Show podcast.“The intelligence community is basically 20,000 people like me who are essentially in a certain circumstance where they perform a job of a certain type, and they do their jobs. And they’re loyal to whatever government is in place. But at the top of these organizations, you have people that are heavily politicized. And I would say if you’re saying, ‘Where is the deep state?’ or ‘Where is the establishment?” in the intelligence community, it’s these guys at the top. These guys were particularly miffed by Trump’s comments, plus these guys lost their status when Trump was elected. So they have an agenda.”

The right’s main issue with the deep state is its alleged leaks to the media. But leaks involving the Trump White House seem to be coming from everywhere these days: Congress, former and current intelligence and national security officials, and even Trump’s own advisers.

Jason Royce Lindsey, the author of The Concealment of the State, told the Daily Dot via email that study of deep state terminology has its roots in authoritarian regimes like Egypt and Turkey, where the military-security component is strong. Politicians exist in the “shallow state” and military and security services exist in the “deep state” and are less apparent to the general public. According to Lindsey, the embrace of the deep state concept by Trump supporters gives them someone to blame for the administration’s setbacks.

“The narrative that someone inside government is to blame is a false one,” Lindsey wrote,“but an easier explanation than laying out the real political complexity of the United States at this time and explaining how the various parts of government have to reach some consensus for actual legislation to happen.”

The numerous definitions of deep state and the concept’s enthusiastic embrace by pro-Trump conspiracy theorists make its serious discussion almost impossible. Other experts dismiss the idea of a deep state altogether. The Daily Dot reached out to Pulitzer Prize-winning national security historian Tim Weiner to ask him to define what he understood a deep state to mean.

“There is no Deep State,” he wrote to the Daily Dot in a Facebook message.

When asked to explain the many Trump supporters who are convinced of the deep state’s plans to overthrow Trump, Weiner had a one-line response: “They are deluded.”