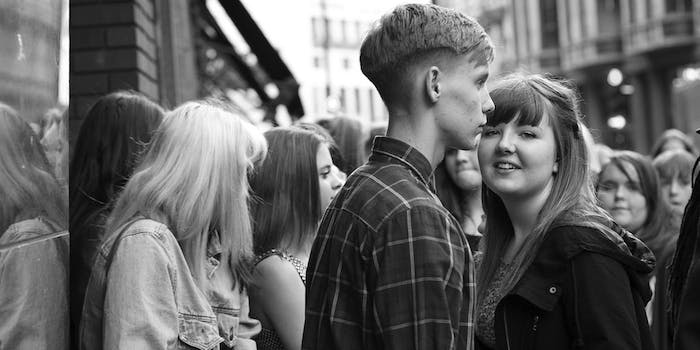 The Pinterest-like social scrapbook known as We Heart It just delved into the mysterious inner workings of the teen brain via a radical new methodology—asking teens what they thought about stuff. On We Heart It—which has amassed 25 million registered users—over 80 percent of users are under 25, landing squarely within that seldom understood and so-often monetized demographic that tech keeps fumbling.

The data, collected from 1,200 predominantly female users between the ages of 13 and 18, has more than a few highlights. Focusing on the stressors that teens face online, the study found that well over half of respondents (62 percent) were somewhat or very concerned about bullying, still a hot button issue while social networks scramble to build in safeguards to protect vulnerable users— or don’t.

More than half (56 percent) of the teens surveyed reported coming across “disturbing” content on social networks. “Mean spirited” and bullying interactions accounted for the majority of the content that teens deemed disturbing, with “hateful and racist remarks/images” and images depicting suicide and depression following close behind.

It should be alarming that 71 percent of the 1,200 teens surveyed endorsed “ignoring” that disturbing content as the best way to deal with it. Choosing to unfollow the source of the hateful/racist/bullying material came in at a distant second, demonstrating that teens—and other vulnerable online populations—have little recourse in coping with hate speech and other forms of negative online interactions. Only 4 percent of those surveyed said that they would notify an authority figure.

Of those reporting, 31 percent said that they were “very likely” to encounter disturbing content on Facebook. Around one third of the teens surveyed also reported that they’d be “very likely” to run into disturbing or offensive content on Instagram, YouTube, or Tumblr. Perhaps tellingly, 45 percent of teens were concerned about FOMO. But in spite of all these risks, teens just keep going back for more.

Photo via vasilennka/Flickr (CC BY-2.0)