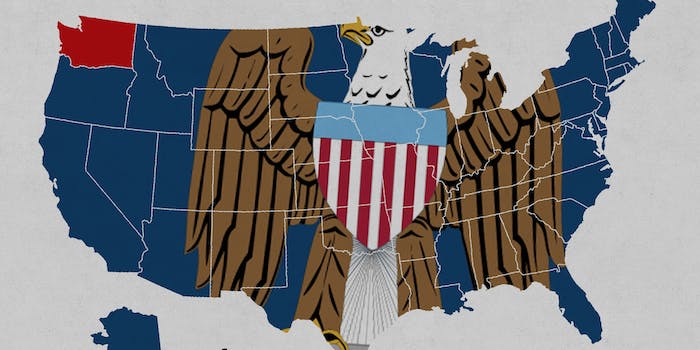 Washington state considers bill to cut off its NSA facility

Unlike some other state-level anti-NSA bills, this one affects a state with an NSA facility.

In what would likely be the boldest step a state has yet taken against the National Security Agency for its recently-revealed spying, the state of Washington is considering cutting off supplies.

That means no water and no electricity to any NSA facility in the state that tracks Americans’ phone records, in bulk, without a warrant.

Several other states, including California, Indiana, and Oklahoma, have proposed similar legislation. But Washington’s unique among them in that it actually contains an NSA facility to ban: the Yakima Training Center, an Army training facility known to house NSA operations. The NSA declined to comment on current operations in Yakima, though it did announce in 2013 that it would be closing its facility there at an unspecified date.

State Rep. David Taylor (R-Moxee), who introduced the bill, counts Yakima in his district, the Washington Examiner reported, and said he couldn’t abide such activity in the area he represents. “We’re running with this bill to provide protection against the ever increasing surveillance into the daily lives of our citizens,” he said, accusing the federal government of “utter failure to address the people’s concerns” about privacy.

Congress hasn’t passed any bills to mitigate NSA spying since so many of its programs were revealed by former contractor Edward Snowden in June. But several changes appear to be on the horizon: President Obama is scheduled to announce some NSA reforms Friday, and one bill to reign in the agency, the USA Freedom Act, appears to stand a strong chance of passing.