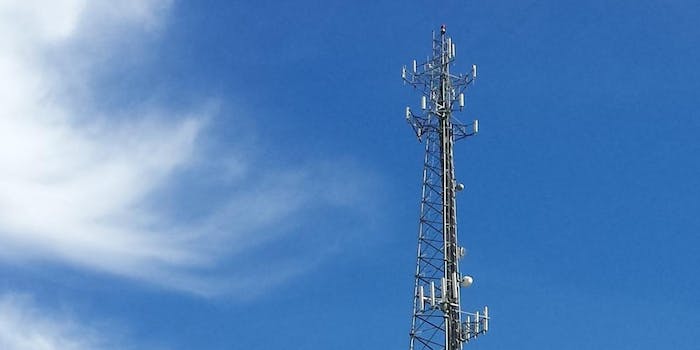 The 11th U.S. Circuit Court of appeals found that people have a reasonable expectation of privacy with regards to location data collected by cell towers. As such, this data remains protected under the Fourth Amendment and may not be obtained by law enforcement without a warrant.

“While committing a crime is certainly not within a legitimate expectation of privacy, if the cell site location data could place him near those scenes, it could place him near any other scene,” the three-judge panel wrote in its unanimous decision. “There is a reasonable privacy interest in being near the home of a lover, or a dispensary of medication, or a place of worship, or a house of ill repute.”

“In short,” they continued, “we hold that cell site location information is within the subscriber’s reasonable expectation of privacy. The obtaining of that data without a warrant is a Fourth Amendment violation.”

Wednesday’s decision relied heavily upon a 2012 Supreme Court ruling, United States v. Jones, which found that police must obtain a search warrant to track a suspect’s movements using GPS. (The Supreme Court has not yet ruled directly on the issue of cell tower data.) The 11th Circuit Court found that location data collected by cell towers, while “less precise” than GPS data, is more akin to “communication data than GPS information.” As such, the court writes, it is “private in nature,” and “be within a reasonable expectation of privacy.”

The court’s decision is particularly notable for further extending Fourth Amendment protections against unreasonable searches and seizures, which have historically applied to physical property and locations, to data.

“In the 20th century, a second view gradually developed, that is, that the Fourth Amendment guarantee protects the privacy rights of the people without respect to whether the alleged ‘search’ constituted a trespass against property rights,” the court writes.

The court’s decision only applies to citizens who live in Florida, Georgia, and Alabama. And it will not stop police from obtaining cellphone location data altogether. Instead, it requires law enforcement to secure a search warrant instead of a court order, which demands less judicial oversight to obtain. According to civil liberty advocates, however, the ruling will likely have broad implications for location data privacy in the future.

“The court’s opinion is a resounding defense of the Fourth Amendment’s continuing vitality in the digital age,” Nathan Wessler, an American Civil Liberties Union Staff Attorney who argued the case, said in a statement. “This opinion puts police on notice that when they want to enlist people’s cell phones as tracking devices, they must get a warrant from a judge based on probable cause.”

In an email to the Daily Dot, Wessler says that Wednesday’s ruling is centered upon location data only, and “does not directly apply to other kinds of phone metadata.” However, he believes that the decision may provide a legal foundation to further challenge what’s known as the “third-party doctrine,” a legal reasoning that mandates that any data or information willingly provided to a third party—your cellphone provider, email service, or cloud storage company, for example—may be obtained by law enforcement without a search warrant.

“[T]he court’s discussion of the ‘third party doctrine’ does have lessons  that might inform cases involving other kinds of information,” says Wessler. “Not directly on point, but certainly persuasive.”

The “third-party doctrine” served as the basis for a 2013 ruling from the Fifth Circuit, which, in direct contrast to the 11th Circuit Court, found that people have no expectation of privacy over location data collected by cell towers because they are nothing more than a business record.

From the Fifth Circuit decision:

[C]ell site information is clearly a business record. The cell service provider collects and stores historical cell site data for its own business purposes . . . the government merely comes in after the fact and asks a provider to turn over records the provider has already created.

Wednesday’s ruling came in the case of Quartavious Davis, who was convicted of a series of violent armed robberies, for which he is currently serving a 162-year sentence. Police obtained 11,606 location data points on Davis, which placed him at the site of six of the robberies, and helped lead to his conviction.