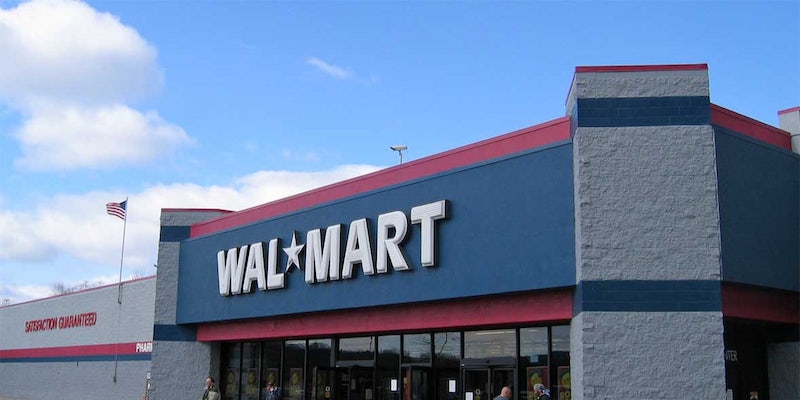 The high cost of tax shelters.

A report released on Wednesday by Americans for Tax Fairness charges that retail giant Walmart is using a network of 78 international subsidiaries to shield $76 billion in assets from taxation.

The report charges that Walmart neglected to report the existence of these subsidiaries in its filings with the U.S. Securities and Exchange Commission. The subsidies, which the report dubbed “tax havens,” are located in 15 different countries spanning the globe, from Panama to Singapore. The highest concentration of these shell companies is in Luxembourg, which has 22—five of which were established earlier this year. In many of these countries, including Luxembourg, Walmart doesn’t have a single physical retail location.

For its part, Walmart pushed back strongly against the allegations.

“The methodology for how they came to that number was flawed. They didn’t have the information necessary to come up with a figure.”

Walmart spokesperson Randy Hargrove said the report’s authors made fundamental errors not only in the way they calculated the $76 billion figure, specifically in the way it dealt with loans between the parent company and its international subsidiaries, but also in how Walmart disclosed the existence of those subsidiaries to the IRS. “The methodology for how they came to that number was flawed,” he insisted, noting the company doesn’t publicly release data on how much money is held by each of its international subsidiaries. “They didn’t have the information necessary to come up with a figure.”

Hargrove added that the authors did not reach out to the company prior to publication and insisted the company reported the existence of all of its significant subsidiaries in its 10-K annual report to the Securities and Exchange Commission.

The report—which was co-authored by the United Food & Commercial Workers International Union, a labor group that has been sharply critical of the company in the past—notes that Walmart’s international operations are structured into 27 different foreign operating companies. Of those, at least 25 are owned by subsidiaries in these tax havens, meaning the profits generated from them are largely shielded not only from those countries’ tax collectors but also from the 35-percent tax rate the American government imposes on all foreign profits earned by U.S.-based firms.

“Walmart has kept these tax-haven subsidiaries secretive by burying mention of their existence deep inside of SEC filings and financial documents filed by Walmart subsidiaries all around the world, only some of which are available to the public,” the report reads. “Moreover, Walmart gives many of its tax-haven subsidiaries obscure names, like ‘Azure Holdings’ or ‘MCLM III,’ which turns the simple task of identifying them into a major investigative effort.”

The authors of the report suggest Walmart’s long-term strategy is to stash as much money as possible offshore because U.S. tax collectors can’t get a cut of it until those funds are repatriated. They assert: “Walmart apparently hopes the U.S. Congress will reward its use of tax havens by enacting legislation that would allow U.S.-based multinationals to pay little U.S. tax when repatriating current low-taxed foreign earnings (such as to fund infrastructure spending) and pay no tax with the adoption of a territorial tax system.”

These so-called tax holidays, which allow corporations to bring money held offshore back into the U.S. at a substantial tax discount, have happened in the past—most recently in 2004. There has been some talk in recent months to open up a similar window in the near future. Earlier this year, Sens Barbara Boxer (D-Calif.) and Rand Paul (R-Ky.) proposed a bill that would create a one-time tax holiday allowing money to be repatriated at just a 6.5-percent tax rate, with the proceeds going toward the ailing Highway Trust Fund.

Hargrove told CBS News that the company paid $6.2 billion in corporate taxes to the federal government last year. “Walmart has processes in place to comply with applicable SEC and IRS rules, as well as the tax laws of each country where we operate and we maintain transparency with the IRS via real-time disclosure of our business transactions and corporate structure,” he said.

Hargrove added that Walmart was the single largest corporate taxpayer in the U.S. last year. The $6.2 billion the company paid to the federal government in 2014 represented 2 percent of the total corporate tax receipts collected by the IRS.

The report called on the SEC, the IRS, and the European Commission to look into Walmart’s use of these subsidiaries, as well as how it has been reporting them.

Both the U.S. and E.U. have, in recent years, attempted to crack down on the use of corporate tax havens. However, the practice has largely been associated with high-tech firms using foreign subsidiaries to hold the profits generated by their intellectual property. Apple alone has over $150 billion in cash held offshore.

“The discovery that Walmart has built an extensive web of tax-haven subsidiaries suggests that a range of exotic international tax avoidance strategies are being adapted in new sectors of the economy,” the report notes.

While Walmart disputes the total, the $76 billion Walmart is allegedly holding in these 78 subsidiaries is a virtually incomprehensibly large amount of money. Here are some other things Walmart could do with all of that cash (if, you know, it weren’t allegedly stashing it away):

Update 4:45pm CT, June 17: The story has been updated to include a Walmart spokesperson’s criticisms of the report’s methodology.