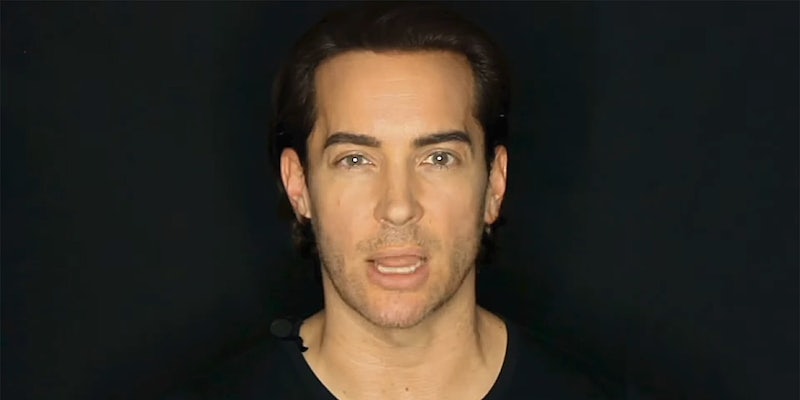 What is the #WalkAway movement conservatives are celebrating?

No, people aren't leaving the Democratic Party in droves.

Did people leave the Democratic Party in droves this weekend? If the reporting of several leading conservative sites are too be believed, yes, the left got a lot smaller under the so-called #WalkAway movement.

But it probably didn’t.

What is the #WalkAway movement?

The impetus for the right is a six-minute video posted in May from a New York-based hairdresser. Brandon Straka, who is gay, spoke into the camera about the Democratic Party’s most “insidious lie” and how the party co-opts people of color and LGBTQ people without actually advancing their causes.

“Once upon a time, I was a liberal,” the video begins. “I felt I’d found a tribe.” But, he said, they will do “absolutely nothing for you.”

Today I’m kicking off the #WalkAway campaign by releasing my video about why I am walking away from liberalism and the Democratic Party. It is my sincere hope that you will join me in this campaign and that we may start a movement in this country- which not only encourages others to walk away from the divisive left, but also takes back the narrative from the liberal media about what it means to be a conservative in America. It is up to all of us to make our voices heard and reclaim the truth. The Democratic Party has taken for granted that it owns racial, sexual, and religious minorities in America. It has encouraged groupthink, hypocrisy, division, stereotyping, resentment, and the acceptance of victimhood mentality. And all the while, they have discouraged minorities from having independent thought, open dialogue, measured and informed opinion, and a motivation to succeed. Please like and share my video, and please post your own #WalkAway video!! If you are a former liberal who has walked away from the left, please share your story, or your message, or your thoughts in a video on the WalkAway Campaign Facebook Page.If you are a lifelong conservative or non-Democrat, please share your story, message, or thoughts on what it truly means to be a conservative. Right now, the liberal media continues to perpetuate a false narrative about the “hateful” and “bigoted” right. Use your voice to let people know who conservatives really are. Be sure to use the hashtag #WalkAway.Please like and follow me on Facebook and Twitter:@usminority The Unsilent Minorityand subscribe to my YouTube channel: The Unsilent Minorityhttps://youtu.be/4Pjs7uoOkag#liberal #liberals #conservative #conservatives #democrat #democrats #democraticparty #republican #republicans #republicanparty #trump #hillary #clinton #foxnews #cnn #msnbc #usa #america #fakenews #redpill #lgbt #gay #africanamerican #WalkAway Tucker Carlson Tonight Fox News Voices Fox News Lucian Wintrich Milo Yiannopoulos Candace Owens Steven Crowder Dave Rubin The Rubin Report Breitbart The Hill New York Post The Daily Caller NationalReview.ng Drudge Report TheFederalist.com CRTV Tomi Lahren Sean Hannity Sean Hannity News The Rachel Maddow Show Anderson Cooper 360 Don Lemon CNN CNN MSNBC NYTimes

Although the video is old, it’s been circulating on the web and exploded at the end of last week, when it was covered by the Epoch Times and Breitbart.

From the Epoch Times, on Thursday.

Some 5 million people on Facebook and YouTube have seen the video by now. A very handsome gay man, who you just assume is about to scold you on progressive talking points, instead says this:

“Once upon a time, I was a liberal. Well, to be honest, less than a year ago, I was still a liberal.

“I reject a system which allows an ambitious, misinformed and dogmatic mob to suppress free speech, create false narratives, and apathetically steamroll over the truth.”

As it exploded, leading conservatives posted about it online, including Sarah Palin and the president’s son.

Only in the alternative universe that the failing New York Times lives in, could this story not be titled:

“How the Left Gave Up on the 1st Amendment.”

The liberal Resistance now in open warfare against the entire Bill of Rights. Terrifying. #walkaway https://t.co/dJuINMczNO

Love this @RealCandaceO is leading the charge for the defection against the Democrats #WalkAway pic.twitter.com/2tOO0xN2p2

Democrats walked away from black folks long ago. Now, it’s our time to #WalkAway. pic.twitter.com/tvhk5Qa5Qp

But conservatives who are boasting about #WalkAway have… never been a part of the Democratic Party. People did begin posting about why they left, but almost all of it predated this video, a move evidenced by the number of Obama voters breaking from Trump in 2016.

This was me in 2008. In 2013 I woke up and saw that Democrats weren't interested in representing ALL the people.The change I hoped for never came because they focused on revenge politics and gave a platform to ignorance rather than true equality. So I decided to #WalkAway pic.twitter.com/pLaEjzuP5F

And there’s just one problem with the burgeoning movement.

One of the top accounts that’s been celebrated across conservative circles, @sophialimited, who said she had Hispanic, immigrant parents who decided to leave the Democratic party, was a bot. Twitter suspended it, but not before it racked up tens of thousands of retweets.

This is a fake/bot account trying to make #WalkAway happen. 16k RTs for "Sofia Vargoros," a bot with a profile pic stolen from — I am not kidding — a book about getting rich from penny stocks. pic.twitter.com/wTwphtPS23

Breitbart announced it has “quickly morphed into a major force on social media and beyond.”

But, if anything, it just became a joke among liberals.

I am a bot with a Latino person’s profile picture I stole from a stock photo site. Even though Trump is keeping immigrant children in cages, I will #WalkAway from the Democratic party and convince you to do the same because Donald Trump Jr. will retweet and give me many likes.

Because no one is walking away from the Democratic party just because Breitbart said people were.