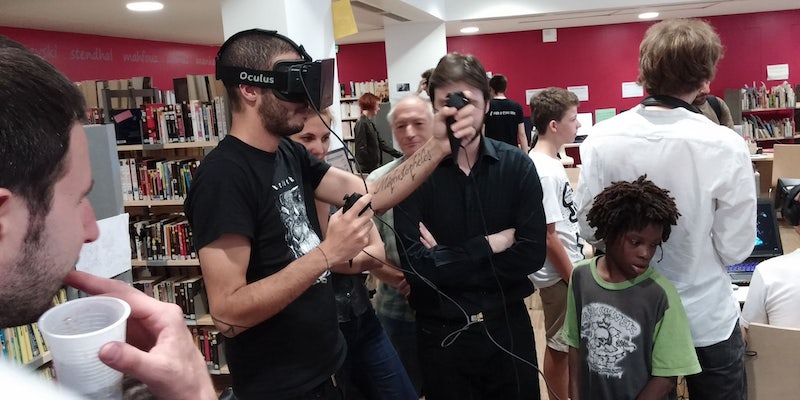 This is one way to get VR to 'catch on'

Virtual reality might not be catching on with consumers as rapidly as some companies hoped, but one thing that definitely will catch on with some who tries out a VR headset is herpes—ocular herpes, to be exact.

The risk of passing on illness and infections at public conventions has always been real, and that risk is amplified when visitors are sharing objects like game controllers. The same is true for VR headsets, where countless individuals handle, wear, and potentially contaminate the gear before handing it off to someone else.

This screengrab of a conversation between VR developers—whose names have been censored perhaps out of sheer embarrassment—was posted by popular YouTuber Drift0r: 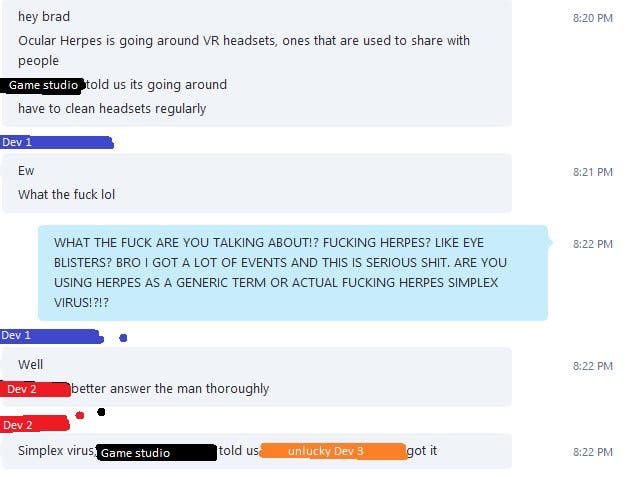 Ocular herpes is caused by the herpes simplex virus. It causes inflammation and general discomfort, like a cold sore but around the eye instead of the mouth. Like other forms of herpes, it can be passed via contact with an infected person, so the prospect of a VR demo user gifting the virus to whoever is next in line is a totally plausible scenario.

With just one anecdotal claim, it’s fair to say you should take the whole “going around” claim with a grain of salt, but if those hosting VR demos at conventions and stores don’t take the steps to sanitize the gear between users, all the pieces are in place to spread the nasty infection.