Ladies, here’s a cellphone handbag you can keep your stuff in

"It's like your phone is not in your purse, it is your purse." Oh, OK.

There’s a longstanding tradition of tech developers designing products exclusively for women based on their conception of what women are interested in, regardless of whether this idea is based in reality. Wanna surf Pinterest for wedding dresses? Try the wide-screen Microsoft All-In-One! Wanna check incoming calls and texts, but don’t want your bulky cell phone to ruin your outfit? Try this shiny, shiny smart bracelet! Giggle giggle, J-Law, Cosmos, periods, and so on and so forth.

Now, there’s yet another wearable targeted at the female market:  Voye, a leather handbag that also doubles as an interface for your iPhone. The Voye, which is currently raising funds through Kickstarter, is an attempt to solve an age-old problem facing women: finding a cell phone without having to rummage through pockets or purses—a problem I, as a woman, have literally never encountered in my life ever.

As the voiceover in the promo video crows: “It’s like your phone is not in your purse, it is your purse.” Squee! Giggle!

Basically, the Voye is a handbag that holds your iPhone, with a front cover that flips over to reveal your iPhone, like a smaller version of an iPad case. (The bag is compatible with the iPhones 5 and 6.) It’s small enough to be worn as a clutch, but it also comes with a detachable strap so you can tote around your wallet, keys, makeup, and other goodies inside the bag, with a magnet keeping everything secure so nothing slips out. 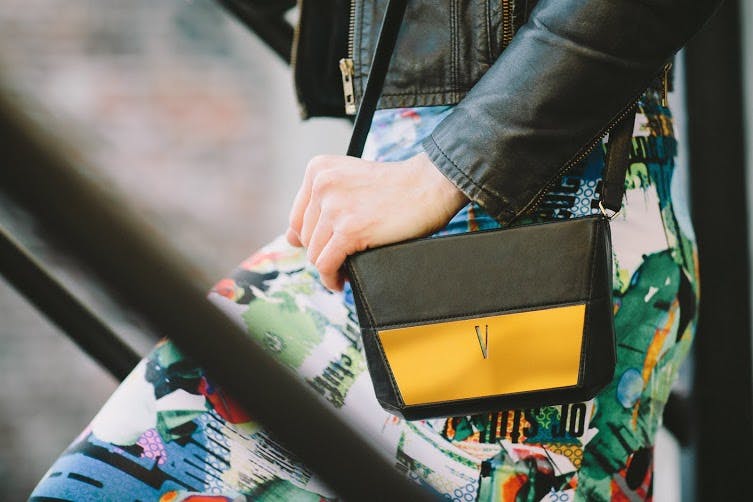 What else can the Voye do? Well, the front cover of the bag has a V-shaped notification that lets light pass through, so you can always see if you have an incoming call or text message. There’s also a little window in the Voye that lets you take photos through your bag, so you can be just like those moms who block other parents’ views when they take photos of their kids with their iPads at dance recitals. 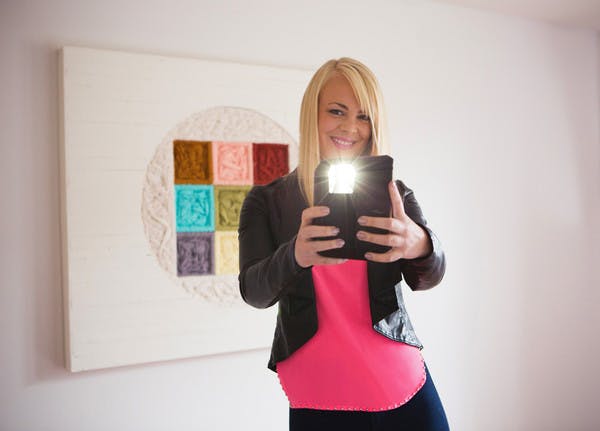 The problem with the Voye is not that it doesn’t look good (in terms of its design, it’s actually much more attractive than most other wearables on the market), nor that it doesn’t look functional. The issue lies in how the bag is being marketed, and why women need a cell phone-cum-purse to begin with when pockets on bags and clothing is a thing that already exists in the world. (To be fair, this is also not the first smart device-meets-handbag to hit the market: Last summer, designer Sydney Rogers unveiled a $575 iPad clutch case featuring a window that displays the iPad screen.)

There seems to be this general conception in the tech world that developers have to appeal to women’s vanity in order to sell products, that unless technology is trussed up and sexified, ladies simply won’t be interested in it. But I just don’t think that’s the case. Contrary to popular belief, women don’t care if carrying around their bulky iPhones in their pants pockets ruins their outfits; we just want to make sure it doesn’t fall to the ground or get stolen. But if you disagree, and you think the Voye would be a great addition to your accessories collection, the handbag is available for pre-order for $139 on its website.