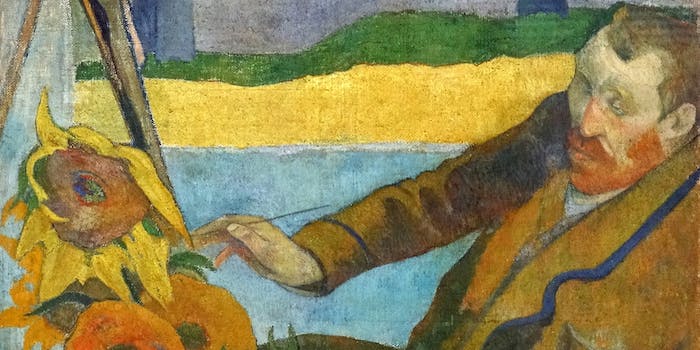 The ear is created entirely out of human cells. It's on display in Germany.

The most famous severed ear in history has just been recreated.

“I use science basically like a type of brush, like Vincent used paint,” Strebe told the Associated Press.

Van Gogh famously cut off his own ear in the winter of 1888 in Arles, France, using a razor. The incident happened after fellow post-impressionist painter Paul Gauguin joined him in Arles to collaborate.

About seven months later, Van Gogh died at the age of 37. Since then, Van Gogh’s legend has grown exponentially. And as such, the story of what exactly happened to his ear has changed.

A book published in 2009 by Hans Kaufmann and Rita Wildegans claims that the Dutch painter “may have made up the whole story to protect his friend Gauguin, a keen fencer, who actually lopped it off with a sword during a heated argument,” ABC reported.

Van Gogh’s recreated ear will be on display in Germany’s Center for Art and Media through July 6.