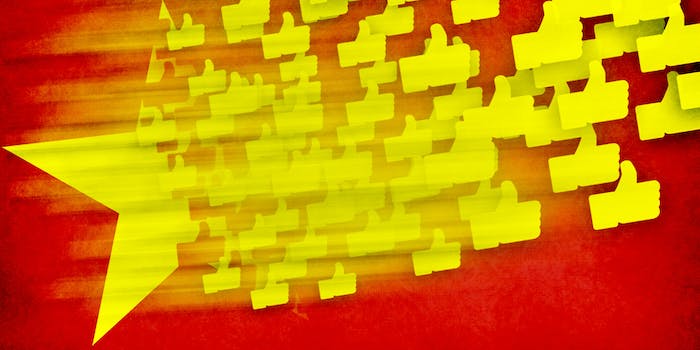 How social media is beating Vietnam’s crackdown on free speech

It's a dangerous time to be a dissident in online. But it's not all doom and gloom.

Despite serious restrictions on free expression in Vietnam, a growing number of citizens are actively using online networks to express their views on social and political issues.

It’s an important step: The country, routinely ranked near the bottom of Reporters Without Borders’ Internet and press freedom rankings, has a population of 93 million and an Internet user base of almost 40 million. There are more than 30 million active Facebook users, an impressive jump since 2012, when the number was only 8.5 million. The surge in Facebook users is all the more impressive considering that the site has been intermittently blocked in Vietnam in recent years.

A recent report by Viet Tan, a pro-democracy political party led by Vietnamese citizens in and outside of the country, elaborates on the issue. Although the government has passed multiple laws intended to control Internet use and content, “social media is playing the role of a de-facto independent media with far reaching socio-political implications,” the group says.

Viet Tan have also observed that “online platforms provide a public town square and virtual civil society,” especially since freedom of assembly is curtailed in the country. “Thanks to social media it has become possible and even trendsetting to publicly question the Communist Party’s legitimacy,” the report says. “As Vietnam pushes towards greater connectivity with an online populace showing greater willingness to exercise their right to connect, censorship will be more difficult for the government to accomplish.”

In a presentation on Vietnam’s social media landscape during the human rights and technology conference RightsCon in Manila last month, Viet Tan noted that a search on YouTube for the words “cong an danh nguoi” (police brutality) yields 148,000 results. Many also have shared photos with the hashtag “I don’t like the Communist Party of Vietnam” (Toi khong thich dang cong san Viet Nam). A new blog, called “Portraits of Power,” (Chan Dung Quyen Luc) has been exposing the dirty secrets of some high-ranking officials.

And sometimes, online activism in Vietnam works. A recent campaign opposing the cutting down of 6,700 trees in Hanoi gathered enough popular support that authorities suspended the plan.

Huong Le Thu, a Visiting Fellow at the Institute of Southeast Asian Studies in Singapore, also noticed the growing defiance among some netizens. Writing in the journal New Mandala, a journal focusing on Southeast Asia, he noted that more Vietnamese citizens aren’t afraid to publicly identify with their criticism. “An indicator of change is that people are no longer afraid of self-identification when posting anti-regime banners, uploading their photos and revealing their online identities,” he wrote.

Government officials recognize the difficulty of policing the Web. Even Prime Minister Nguy?n T?n D?ng commented last January that “it is impossible to ban or prevent people from posting information on the Internet.”

But that doesn’t mean Internet policies have been relaxed. On a daily basis, Vietnamese Internet users must navigate restrictive regulations for social media platforms and policies such as Decree 72, which attempts to prohibit news aggregation and sharing on social media. Another law commonly used to persecute online speakers is Article 258 of the Criminal Code, which punishes the misuse of “democratic freedoms to attack state interests and the legitimate rights and interests of collectives and individuals.”

The government has other tools to fight back besides censorship. The use of “opinion-shapers,” or government-sponsored trolls, to undermine the work of activists prove that there are other ways of restricting free expression in the country. Viet Tan told Global Voices in an email interview that “opinion-shapers” are still active today:

“The use of opinion shapers continues to be a problem,” the group said. “Also, a lot of activists have had their Facebook accounts hacked into and passwords stolen. It’s probably impossible now for the government to block FB but they will certainly try to undermine its effectiveness and desirability.”

Vietnam also continues to harass and arrest prominent bloggers, tactics that “intimidate the larger online community against discussing politically sensitive content,” Viet Tan said, calling the practice “the greatest challenge facing the Vietnamese online community.” There are 16 journalists and bloggers in Vietnam who are still in detention.

How can the rest of the world help? Aside from campaigning for the release of dissident writers, Viet Tan said, the international community can “speak out against Western companies that supply filtering technologies to the Vietnamese state and urge Western technology companies not to collude with the censors.”

Whether the Communist Party likes it or not, Vietnam’s media landscape is changing. Hopefully, critical voices will be allowed to flourish in both offline and online spaces.

A version of this story originally appeared on Global Voices and is reproduced under a CC 3.0 license.