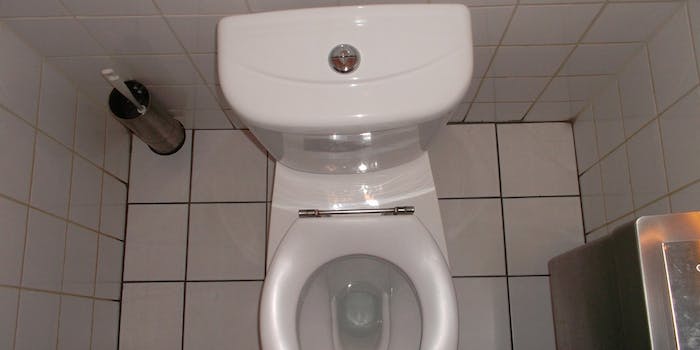 This vibrating pill is going to revolutionize your bathroom breaks

Because sometimes Metamucil just doesn't do the trick.

Real talk, guys: What’s your preferred method of relieving constipation? Is it laxatives? Metamucil? Sweating and straining on the toilet while over the latest Robert Caro biography?

While these methods are all well and good, a new product from Israel will cure your constipation woes once and for all. It’s a vibrating, motor-powered pill that “induces movement inside the lower intestine that pushes the waste down and prevents any constipation.”

Translation? It’ll make you BM like a rock star.

Invented by a team of crackpot (!) researchers at Tel-Aviv Sourasky Medical Center, the pill’s internal motor causes it to vibrate six to eight hours after you take it. The vibrations cause contractions in the intestine, thus in-deuce-ing movement that helps the stool pass through the digestive tract.

Unlike laxatives, the pill doesn’t have any potentially embarrassing side effects—remember the Colon Blow scene in Van Wilder?—and you don’t have to take it every day for it to work. In fact, researchers found that when a group of chronic constipation sufferers took the pill twice a week, they were able to have regular bowel movements.

To those of us who are often more backed up than the 405 in L.A. during morning rush hour, the pill obviously sounds amazing, but a few crucial questions remain. For instance, when will it be available in the United States? And what happens if the pill starts vibrating at an inopportune moment, like during sex or while you’re giving a PowerPoint presentation at work?

The answers to these queries are unclear, but if nothing else, we can now all look forward to a Metamucil-free future of bowel evacuation. Now if only we had a pill that could solve humankind’s need to defecate altogether.