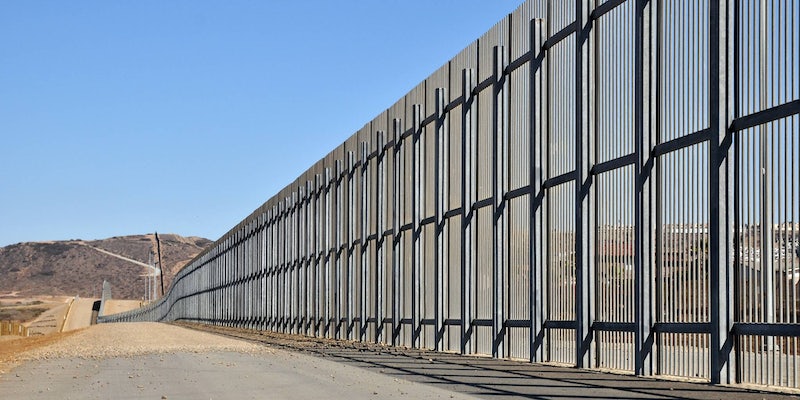 The page's creator says it's a 'common sense' solution.

With President Donald Trump’s promise to build a wall along the U.S.-Mexico border stuttering in Congress, one man has created a GoFundMe to try and secure funding. Trump supporters have some deep pockets; in just two days, the campaign has topped $1 million.

Impassioned Trump fan and triple amputee veteran Brian Kolfage launched the campaign Monday using the hashtag #GoFundTheWall. “If the 63 million people who voted for Trump each pledge $80, we can build the wall,” he wrote on the campaign’s page. GoFundMe has a maximum cap of $1 billion, but he’s “working to get it raised.”

Like many Trump supporters, Kolfage sees the border wall as a necessity to keep the country safe. He claims that “many Americans have been murdered by illegal aliens,” though studies have found a negative correlation between undocumented immigrants and crime rates.

Over 16,000 others agree with his sentiment, though, and have donated just over $1 million. To prove the whole thing isn’t a scam, Kolfage included his personal email and Facebook account on the page. He also promises to refund all donations if the campaign fails to reach its goal.

Kolfage, who did not immediately respond to the Daily Dot’s request for comment, told Splinter the wall is a “common sense” solution to assuage public demand, despite the fact that most polls show most Americans don’t want it.

The Washington Monument was repaired in 2012 in part by a private donation, Kolfage argues, so why can’t the same thing happen to Trump’s border wall? “If people want to give the U.S. government money to fund an infrastructure project, why say no?” he told Splinter.

Trump on Wednesday was criticized for tweeting that Mexico would “indirectly” pay for a border wall and that the U.S. military would build it.