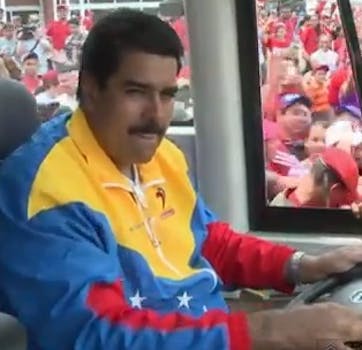 As the polls were closing in Venezuela, hackers took over Twitter accounts belonging to Venezuela’s acting president Nicolas Maduro and the ruling socialist party.

Tweets on the accounts, including “Electoral Fraud by @lulzsecperu” and “HACKED BY @LUZLSECPERU,” indicated that LulzSec, an anti-security offshoot of Anonymous, was behind the takeovers.

Maduro won 50.7 percent of the vote to Capriles’s 49.1, though the latter is demanding a recount.

Rodriguez suggested those involved with a “dirty campaign from Bogota…” were behind the hack and suggested it was a “sign of the enormous desperation” on the part of the opposition and rival candidate Henrique Capriles.

Chavez had battled cancer since June 2011. He returned to Venezuela in February following surgery and died the following month. Since then, the government has appeared to crack down on those who posted negative tweets regarding Chavez.