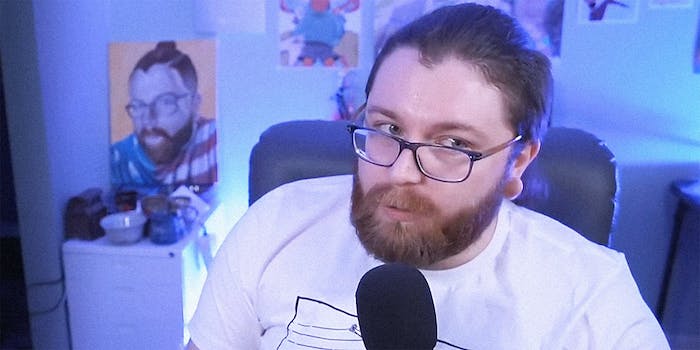 A popular left-wing streamer has stirred controversy online after a series of clips showed him defending his repeated use of the N-word.

Vaush, a self-described libertarian socialist who boasts more than 343,000 subscribers on YouTube, is being widely criticized after a video compilation of him using the racial slur began spreading on Twitter.

In the footage, Vaush appears to suggest that his use of the N-word isn’t an issue so long as it’s used in what he deems as the appropriate context.

“If you unironically think that me just saying the N-word alone with my girlfriend in a non-racist context is yikesy or problematic, then you believe in witchcraft,” he says. “You believe that the N-word is a magical spell that you cast with your mouth that makes the world worse somehow. It’s a very stupid take.”

In a clip that follows, Vaush goes on to extol the importance of accepting white men who use the N-word so long as they support “class emancipation” as well.

While the footage appears to be old, many people, potentially unaware of Vaush’s history, expressed shock at the YouTuber’s arguments.

“How have I never seen this,” @communikatzz said.

“Clear example of someone who is only interested in themself. Dude sees revolution like its personal entertainment,” @afreetay added. “Socialism is not compatible with this level of self-centered, shit philosophy. Vaush is a damn fool who probably wouldn’t pass the vibe check in any community.”

Despite the pushback, Vaush has not commented on the controversy since it erupted and seems undeterred.

But with so many eyes on Vaush, Twitter users were able to find other disturbing content from the YouTuber in which disparaging comments were made about transgender people.