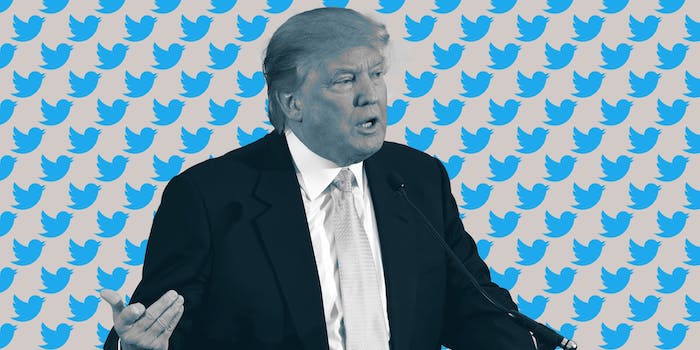 The New York Times, Mother Jones, and other publications saw an increase in subscriptions after Trump’s election, and now Vanity Fair is the latest magazine to encounter the Trump feud phenomenon.

According to Poynter, Vanity Fair on Thursday sold 100 times the amount of subscriptions it usually does on a daily basis after the president-elect tweeted that the publication was “dead” and that editor Graydon Carter has “no talent.”

Has anyone looked at the really poor numbers of @VanityFair Magazine. Way down, big trouble, dead! Graydon Carter, no talent, will be out!

In fact, the magazine sold 13,000 subscriptions, the highest number any Condé Nast publication has sold in a single day.

Trump’s scathing tweet possibly (read: most definitely) responded to a harsh review of the Trump Grill published online the day before, in which writer Tina Nguyen asserted that the restaurant felt like a “cheap version of rich.”

Nguyen insulted everything from her table atmosphere to the decor and from the Ivanka Salad to Donald Jr.’s favorite steak. The cocktails disappointed and were comparable to “a college freshman experimenting in their dorm room.”

She even tried the infamous taco bowl, which was the most edible thing she ate during her meal. But alas, Nguyen noted the bowl was “not good enough to prevent Trump from deporting millions of Hispanics.”

Within hours of Trump’s one-tweeter, Vanity Fair took his words as the perfect advertising opportunity, plastering Trump’s name to its site like a Twitter troll boasting he’d been blocked by a celebrity. 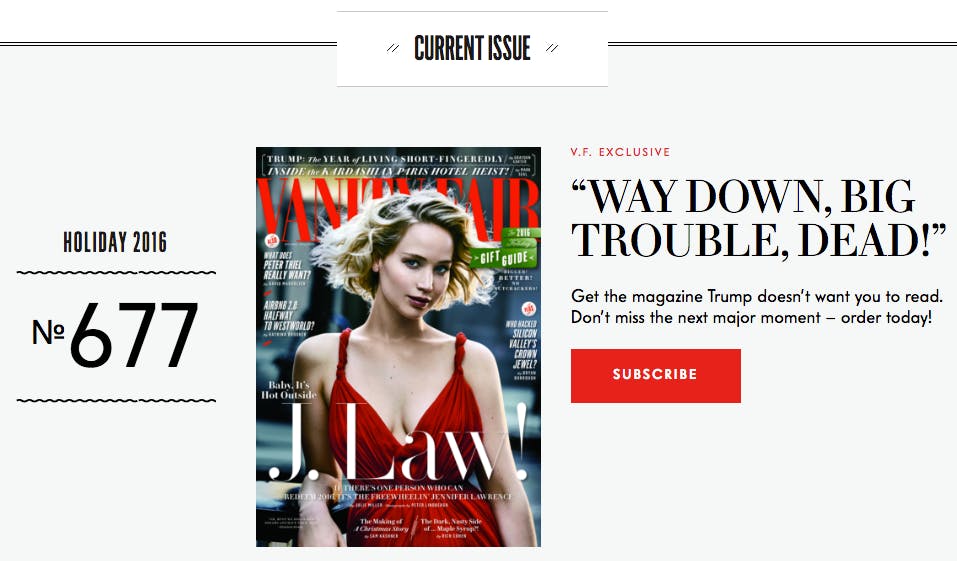 According to Adweek, the review has received almost 1 million unique views since Trump’s tweet, and Vanity Fair‘s Twitter account has also gained 10,000 new followers as of Friday.

Now if only the saying “there’s no such thing as bad publicity” was true for all of Trump’s remarks. Alas, the results of his Twitter tantrums are typically very, very bad.