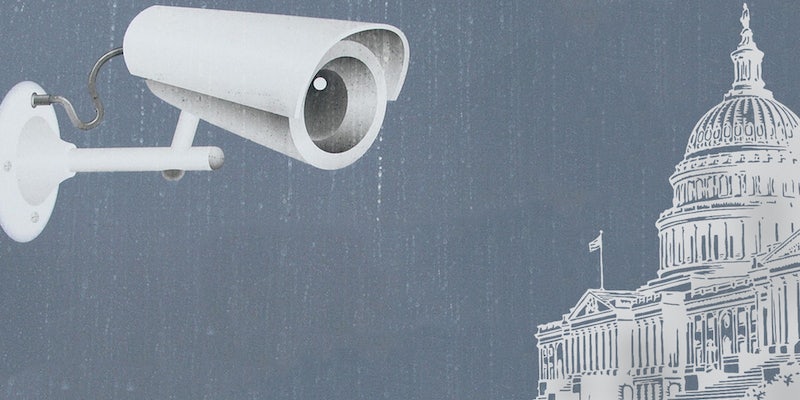 The USA Freedom Act is one step closer to becoming law. And one step further away from what privacy advocates wanted.

The USA Freedom Act, a bill meant to reign in National Security Agency spy practices, has passed another hurdle in Congress. Trouble is, it keeps losing privacy advocates’ enthusiasm along the way.

It passed through House Judiciary Committee markup Wednesday evening, with an amendment tacked on by the bill’s sponsor, Jim Sensenbrenner (R-Wis.).

On the surface, the USA Freedom Act would tackle the NSA by ending its practice of tracking American phone records in bulk and declassifying more secret court opinions. Because of this, the bill gathered the explicit support of practically every big-name privacy advocate group, as well as tech companies like Google and Reddit.

Congressman Justin Amash (R-Mich.), who in July authored an ill-fated amendment bill to defund the NSA’s phone data collection program, and who was among the first to support Sensenbrenner’s bill, praised its advancement but cautioned that it doesn’t go far enough.

But as the bill becomes closer to law, and as it’s amended, the mood around it is changing. Senator Ron Wyden (D-Ore.), a member of the Senate Intelligence Committee who’s fought the NSA’s phone metadata program since before former contractor Edward Snowden even made it public, called the judiciary passage “a meaningful step” in a statement. But he was wary that its wording would still allow the NSA to conduct mass searches through loopholes, and vowed to push for reforms “like closing the back-door searches loophole.”

Others took it farther. Marcy Wheeler, senior policy analyst at the Intercept, was more blunt about the amended bill’s allowance of backdoor searches:

The Center for Democracy and Technology, among the advocacy groups that signed the open letter supporting the USA Freedom Act, praised the Judiciary passage and amendment as “the strongest signal yet that bulk collection in the U.S. of communications metadata is unacceptable.”

However, it noted how little it did for non-U.S. citizens. “The bill, unfortunately, does not make substantial improvements to Section 702 of FISA, the basis for the PRISM program,” the CDT wrote.