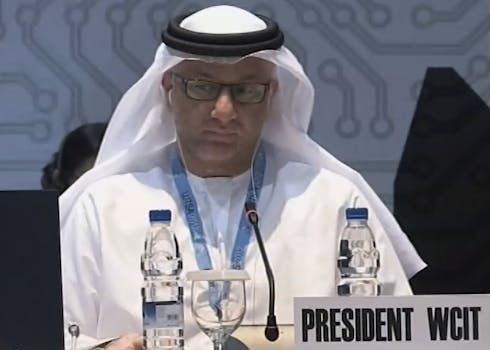 U.S. staves off U.N. control of the Internet

At the WCIT conference in Dubai, the U.S., the U.K., Canada and others voted against a measure that would have enabled the U.N.'s International Telecommunication Union to regulate the global Internet.

The United States and its allies weren’t bluffing. And the Internet is safe. At least for the next two years.

In Dubai Thursday, at the International Telecommunication Union (ITU) meeting, members of the dubiously-named United Nations fought over who should control the Internet after twelve days of drafting and verbal wrangling.

And though countries that wanted to increase the power of the ITU, a U.N. agency, to regulate the Internet indicated they thought they’d compromised enough, a number of countries, including the U.S., Canada, and Sweden, surprised attendants by refusing to sign.

“There’s nothing different tomorrow morning,” said a source with intimate knowledge of the negotiations who requested anonymity.

“What makes this significant is there’s now a clear statement that a number of countries in the world want to see an ability to see how content flows over the internet, to force other countries to cooperate with them, and those countries are the majority.”

Those two camps, from the outset, had clearly drawn lines in the sand long before the meeting started. Those who want to track how content flows, like Russia, Saudi Arabia, and China—many of which rank highly on the Reporters Without Borders Enemies of the Internet list, for their tendency to censor their citizens—wanted to increase ITU control. For Internet freedom activists, those countries’ cause wasn’t helped by a leaked draft proposal, which showed that they were pushing for Deep Packet Inspection. That could effectively give those countries previously unknown abilities to sort through users’ entire Internet activity.

The other camp was, notably, was filled with countries, like the U.S., U.K., and Sweden, that rank highly on the Web Index, which measures Internet access and relative freedom. In a move that Harold Feld, legal director of the activist group Public Knowledge, called “very abnormal,” most western countries voted against the ITU’s final draft, even though they helped create it.

No one was more vocal than the U.S. that the ITU, which so far only regulates industry standards for the telegraph and telephone industries, simply shouldn’t address the Internet at all. That point was heavily contested: At one point, the ITU’s Secretary General ranted:

Nevertheless, the U.S., when called to sign the finalized resolution, said no, as expected, citing the inclusion of the Internet in its text. The U.K. quickly followed suit, then a number of other countries, including Australia, Canada, Denmark, and Poland.

Those countries that didn’t sign the resolution won’t be affected at all, and those that did will only be bound to each other. But some fear that this is the beginning of a long struggle for power between those who want to control the Internet and those who want to see it free.

“If I were Russia, and I were playing the long-term game on this, I’d pick off countries one by one, until I left a few of the largest countries standing alone, making it look like the spoiled industrial rest of the world that doesn’t want to play,” the source said.

The ITU meets again in Busan, Korea, in 2014, where Internet governance will most certainly be topic of conversation, the source told the Daily Dot. It’s possible, though, that it will come up at a meeting in Geneva in May 2013.