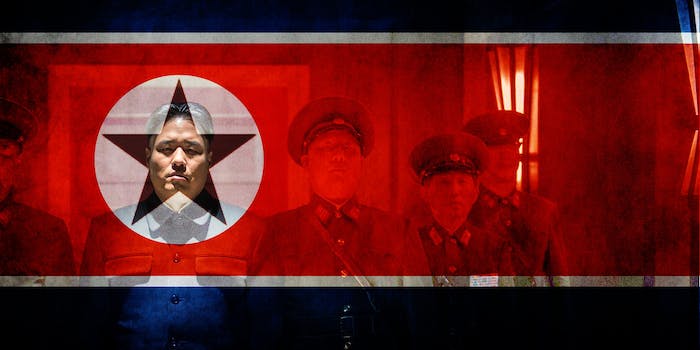 The United States has declared that North Korea was responsible for the cyberattack on Sony Pictures Entertainment that exposed vast troves of internal documents and led to the cancellation of the Sony film The Interview.

In a statement on Friday, the FBI said that it had “enough information to conclude that the North Korean government is responsible for these actions.”

The Federal Bureau of Investigation said it had compared the Sony hack to known North Korean attacks and found “similarities in specific lines of code, encryption algorithms, data deletion methods, and compromised networks.”

The bureau also identified a number of IP addresses involved in the Sony hack that were “associated with known North Korean infrastructure.”

The Interview, starring Seth Rogen and James Franco, focuses on a CIA plot to assassinate Kim Jong-un, the dictatorial leader of North Korea. According to film historians who spoke to the New York Times, “To depict the killing of a sitting world leader, comically or otherwise, is virtually without precedent in major studio movies.”

On Wednesday, following decisions by theater companies to cancel showings of The Interview, Sony took the nearly unprecedented step of canceling the film’s Dec. 25 release entirely. Sony’s move, intended to placate hackers who had threatened widespread violence if the film premiered, sent shock waves throughout Hollywood. Industry insiders and the general public accused the company of bowing to terrorists.

The State Department reiterated to reporters during a briefing that The Interview was “not a documentary about our relationship with North Korea,” though emails obtained by the Daily Beast show that government officials saw a rough cut and “gave the film…their blessing.”

The group that took responsibility for the hack is called the Guardians of Peace. Despite the government’s apparent confidence in the group’s ties to North Korea, have openly doubted the connection, suggesting instead that the Guardians of Peace were rogue hackers uninterested in taking down The Interview for political reasons.

Wired’s Kim Zetter highlighted the lack of references to the film in initial communications from the Guardians of Peace. The group didn’t mention the movie when they claimed responsibility for the hack, nor they did mention it in a Nov. 21 email to Sony Pictures Entertainment CEO Michael Lynton that leaked in the subsequent hack.

President Barack Obama, in a Wednesday interview with ABC News, projected calm as his administration continued to investigate the hack.

“If we see something that we think is serious and credible, then we’ll alert the public,” Obama said. “But for now, my recommendation would be that people go to the movies.”

In its statement, the FBI said “North Korea’s actions were intended to inflict significant harm on a U.S. business and suppress the right of American citizens to express themselves.”

The statement concluded with a promise to “identify, pursue, and impose costs and consequences on individuals, groups, or nation states who uses cyber means to threaten the United States or U.S. interests.”

Photo via The Interview | Remix by Fernando Alfonso

Update 2:01pm, Dec. 19: Surprising absolutely no one, North Korea is reportedly denying any role in the Sony attacks.