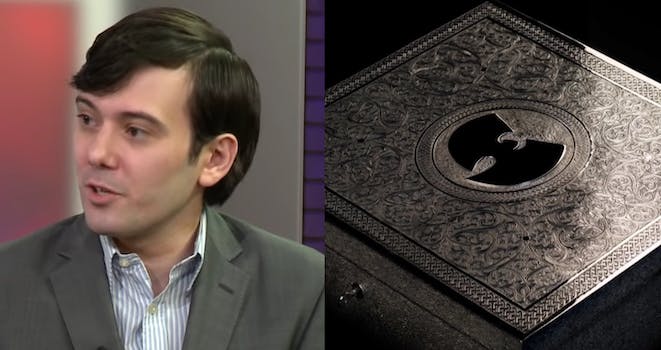 The sale price is unknown, but Shkreli's lawyer confirmed it covered the remaining balance of his $7.4 million forfeiture.

The United States government sold the only copy in existence of the Wu-Tang Clan’s Once Upon a Time in Shaolin, once owned by Martin Shkreli, a press release shared by the United States Attorney’s Office confirmed.

Known as the notorious “Pharma Bro” who is currently serving a seven-year prison sentence for securities fraud, Shkreli owned the unique album until it was handed over to government officials after he was convicted.

It’s still unclear how much the album sold for or who it was sold to. However, the U.S. Attorney’s Office for the Eastern District of New York put out a press release that stated “Proceeds from the sale of the Album will be applied to satisfy the outstanding balance owed on the Forfeiture Money Judgment.”

A federal court in Brooklyn issued his conviction in August 2017 and as a part of this, he was ordered to a forfeiture of $7.4 million. Shkreli’s lawyer Benjamin Brafman confirmed in an email to CNBC that the Wu-Tang album’s sale covered the remaining balance of that amount. He added, “I can also confirm that the sale price was substantially more than what Mr. Shkreli paid for it.”

Mere weeks after Shkreli was convicted, he tried to sell the one-of-a-kind album, that he reportedly purchased in 2015 for $2 million, himself.

Jacquelyn Kasulis, who is the acting U.S. attorney for the Eastern District of New York, said earlier today, “Through the diligent and persistent efforts of this Office and its law enforcement partners, Shkreli has been held accountable and paid the price for lying and stealing from investors to enrich himself.” She added, “With today’s sale of this one-of-a-kind album, his payment of the forfeiture is now complete.”

Shkreli has been a controversial public figure for many years, gaining infamy after his company increased the price of an anti-parasite drug by 5,000% in 2015 that is administered to newborn babies and people with HIV.