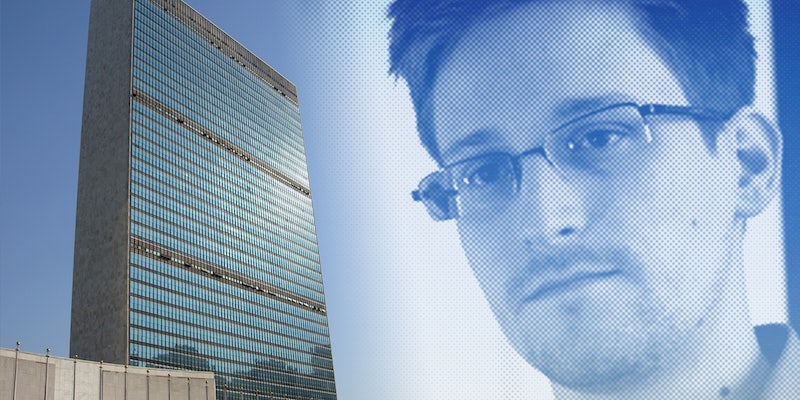 The United Nations says that the NSA may have broken international law by spying on the diplomatic body.

On Monday, the United Nations responded to allegations that the U.S. National Security Agency hacked into its video-conferencing system.

According to Reuters, UN spokesman Farhan Haq said the international body was “aware of the reports and we intend to be in touch with the relevant authorities on this.”

Haq seemed to imply that, if true, the NSA’s actions are in violation of international laws such as those established by the Vienna Convention on Diplomatic Relations, which guarantee UN member states’ privacy while on diplomatic missions.

As one UN summary of the 1961 convention explained, “Given the purposes of diplomatic missions, secure communication for information and instructions is probably the most essential of all immunities.”

The allegations of U.S. spying at the UN, first reported by Der Spiegel, were based on documents taken from the NSA by former agency contractor Edward Snowden.