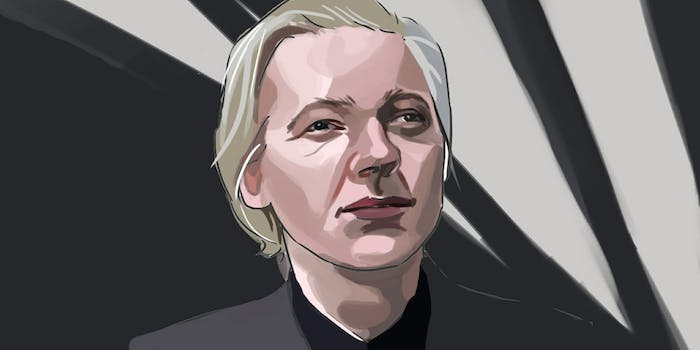 U.K. police say it’s no longer worth it to guard Julian Assange

The WikiLeaks founder will still be arrested if he leaves the Ecuadorian embassy in London.

London police have stopped guarding the Ecuadorean Embassy where WikiLeaks founder Julian Assange has been living for over three years.

According to Assange, the police “congratulated him on beating them” as they left.

Police will continue the “covert” operation against Assange, according to reporter Fiona Hamilton, and he will still be arrested if he leaves the Ecuadorean Embassy.

“Whilst the [Metropolitan Police Service] remains committed to executing the arrest warrant and presenting Julian Assange before the court,” MPS said in a statement, “it is only right that the policing operation to achieve this is continually reviewed against the diplomatic and legal efforts to resolve the situation.”

Assange applied for political asylum in Ecuador in 2012 after sex-assault allegations surfaced in Sweden. The last statute of limitations on these charges run out in 2020.

Assange is most well known for his role as creator of WikiLeaks, for which he has been under a years-long investigation by American authorities for his role in leaking classified material. Assange believes that if he faced charges in Sweden, he would inevitably be extradited to the United States.

The sustained police presence at the Ecuadorian embassy cost over £12 million, according to the BBC, which led police to conclude it was no longer “proportionate.”