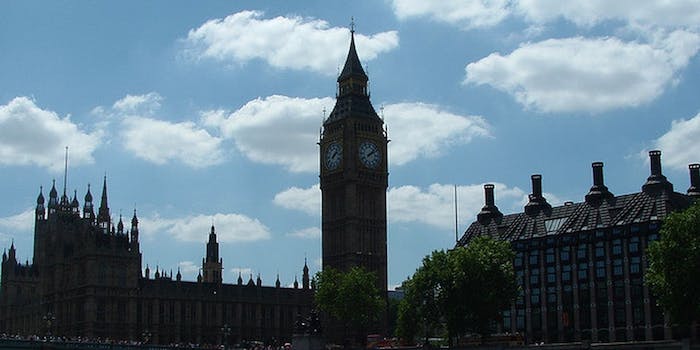 According to Snowden, British intelligence is worst than the NSA. Former minister David Heath is trying to change that.

Today in Britain, former British minister David Heath is attempting to introduce to parliament a new bill that would rein in the government’s controversial Internet and telephone surveillance practices.

The measures take aim at the powerful U.K. Government Communications Headquarters which, according to documents leaked by former intelligence contractor Edward Snowden, surveilled emails, Facebook content, browser histories, and chats in Britain and around the globe. Often the agency has shared this information with the U.S. National Security Agency, on of its global spying partners. “They are worse than the U.S.,” Snowden told the Guardian.

Heath, the paper reported, is seeking to reform the Regulation of Investigative Powers Act 2000 and the Intelligence Services Act 1994 in order to increase transparency and oversight of the judicial processes that govern GCHQ’s surveillance. He is also calling for the committee that oversees GCHQ practices to be elected by popular vote.

In arguing for the reforms, Heath cited similar legislative measures being debated in U.S. Congress. “[T]here are certainly gaps in the law. That much is clear. The fact America and others are trying to close those gaps suggest we are the odd ones out.” Perhaps the most likely bill to pass in the U.S. is the Freedom Act, which would end bulk metadata collection, and increase oversight and transparency of NSA surveillance activities.

If adopted, Heath’s reforms would prevent the government from intercepting any communications without an explicit warrant. The proceedings are ongoing, and they’re being liveblogged by the Guardian,