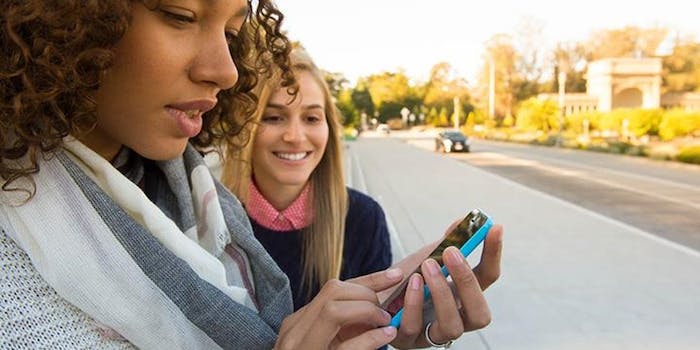 Someone is really invested in fake app called UberSex

A Lyft driver looks to be behind it all.

Someone is making a lot of noise about an app called UberSex, which purports to be a Tinder clone for matching people specifically with Uber drivers. One assumes the appeal in Tinder-style dating with Uber drivers is that they have a car and can pick you up wherever you are before whisking you off to a romantic freeway somewhere. If the app were real. But it’s not.

For such an obvious (and not all that funny) piece of fakery, the responsible party is expending a great deal of effort. Let’s start with the nonexistent app’s launch video.

The jokester behind it all claims that the app is officially available for both iOS and Android. There is, of course, no such app actually available in the App Store: 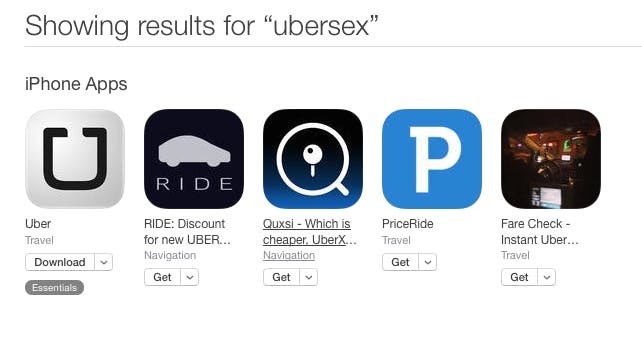 There’s also a dedicated Twitter account for the fake app, counting down its number of downloads. If you were hoping to get in on this, you’re out of luck—it claims its beta is now full, and also it never existed in the first place.

The video points to “www.ubersexapp.com” as the app’s homepage, but that domain immediately redirects to the LinkedIn profile of one Jantzn May, whose profile tagline states that he’s “putting [his] degree to no use.” 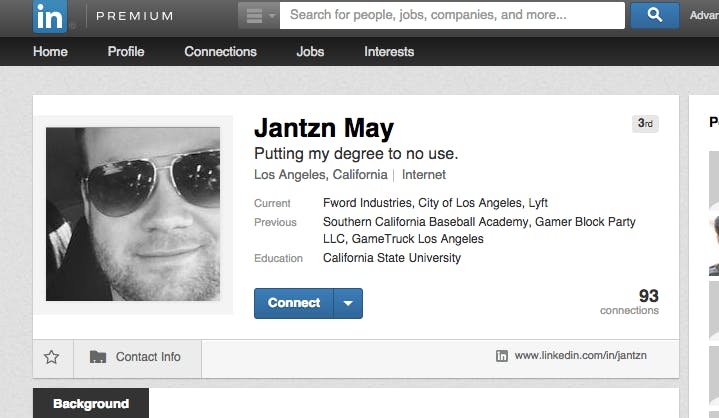 Adding another interesting wrinkle here, May’s profile says he is presently employed by Uber’s arch-rival Lyft as a driver in the Los Angeles area.

While most people understand this is, indeed, a joke, we’re not sure everyone is in on it.

And also, we’re be remiss not to mention that Uber sex is actually kind of a thing and Uber sexual assault is definitely a horrible thing that zaps any funny out of this joke.

Update 12:39 CT, March 6: Don’t worry if you thought this was real; the guy behind it all told us Lyft fell for the prank as well.