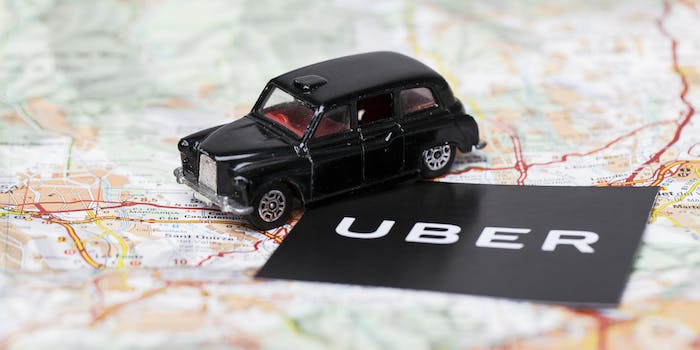 The ride-hailing giant will need to provide holiday pay, minimum wage, and time off.

Uber was dealt another huge blow in the U.K. on Friday after it lost an appeal over drivers’ employee rights.

The London Employment Tribunal shot down its appeal against a previous ruling from last year that judged Uber drivers should be treated as workers, not self-employed. The ruling entitles the 40,000 or so drivers in the U.K. and Wales to a minimum wage, holiday pay, and paid time off.

Uber previously said that providing all the U.K. drivers on its platform with workers’ rights would cost it “tens of millions of pounds.” The company also threatened to put drivers on shifts, instead of letting them operate on their own schedule. Uber will likely face a higher tax bill because it will have to pay for its driver’s insurance.

Uber stood before the employment tribunal in September, calling itself a technology company that only provides the tools for independent workers to operate. It said that its model was no different than a traditional taxi or self-hire company whose drivers are considered self-employed.

“Almost all taxi and private hire drivers have been self-employed for decades, long before our app existed,” said Tom Elvidge, Uber UK’s general manager. “The main reason why drivers use Uber is because they value the freedom to choose if, when and where they drive and so we intend to appeal.”

The case was first presented in 2016 by two drivers, James Farrar and Yaseen Aslam, who argued that they should be employed by Uber since it controlled their actions. Farrar also claimed his net earnings in 2015 were £5.03, well under London’s minimum wage.

“I have been campaigning against Uber since 2014 and, although I always knew I was on the right side, it has always been a struggle that has brought enormous pressure on us,” Aslam said. “I am glad that the judge today confirmed what I and thousands of drivers have known all along: that Uber is not only exploiting drivers, but also acting unlawfully.”

A key reason for the Employment Tribunal’s decision is Uber’s request that drivers accept at least 80 percent of trips. Judge Jennifer Eady said even if drivers didn’t have to accept all requests, the high percentage Uber requires of them proves drivers are “at its disposal.”

Uber refuted those claims, “The tribunal relies on the assertion that drivers are required to take 80 percent of trips sent to them when logged into the app. As drivers who use Uber know, this has never been the case in the U.K,” Elvidge said.

The GMB, a general trade union in the U.K. with more than 600,000 members, called the ruling a “monumental victory.”

The ruling could have a ripple effect on the region’s budding gig economy, which relies on a network of short-term contract or self-employed workers to reduce costs. Deliveroo, a food delivery service in the U.K., is facing similar workers’ rights pressure.

The setback comes just months after Transport for London barred Uber from operating in the city after choosing not to renew its license. Uber appealed the decision, which allows it to operate until the hearing in December.

This isn’t the last time we hear of ride-hailing employment in the U.K. Uber already said it will appeal the workers’ rights ruling either at the Court of Appeal or the Supreme Court.