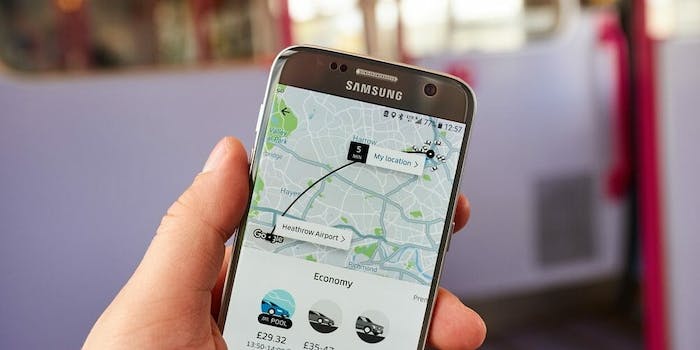 London will bar Uber  from operating at the end of this month after the governing body responsible for the city’s transportation concluded that the company is not “fit and proper” to have a private operator license.

According to BuzzFeed, 40,000 people drive for Uber in the city and 3.5 million residents use the ride-sharing company for transportation, but the Transport for London (TfL) concluded it hasn’t met “rigorous regulations” to ensure passenger safety. London Mayor Sadiq Khan said Uber needs to “play by the rules” and “adhere to the high standards we expect—particularly when it comes to the safety of customers.”

Ten Members of Parliament (MPs) have been pressuring the TfL to let Uber’s operating license expire after the company allegedly failed to disclose sexual assault incidents. According to one MP in a letter that was signed by Conservative, Labour, and Liberal Democrat MPs, an allegation of rape or sexual assault is made against an Uber driver every 11 days.

I've led a cross party call for Uber to have their licence revoked by @TfL. Read more here: https://t.co/CGuKVufdrw pic.twitter.com/NmBfeB2W8D

The letter from Streeting also accused Uber of paying its drivers as little as two pounds an hour.

In its letter to Uber, the TfL also noted the company’s use of Greyball, which reportedly helps drivers evade law enforcement in places where Uber isn’t licensed to operate. Uber has denied using Greyball in London for those purposes.

Said Khan: “I want London to be at the forefront of innovation and new technology and to be a natural home for exciting new companies that help Londoners by providing a better and more affordable service … [But] providing an innovative service must not be at the expense of customer safety and security.”

In a statement, via the BBC, Uber said, “Transport for London and the mayor have caved in to a small number of people who want to restrict consumer choice.”

Uber now has 21 days to appeal the TfL’s decision, and it can continue to operate in the city until that appeal process is complete.