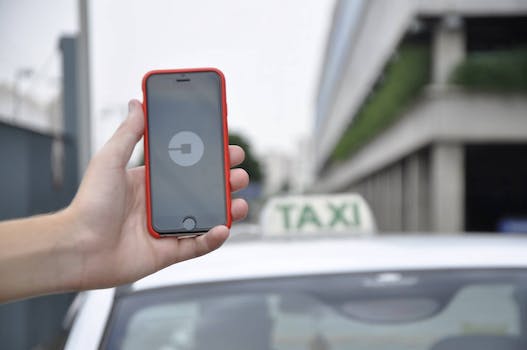 The company would rely on predictive data instead.

(Editor’s note: NPR’s original report of Uber’s alleged plan to eliminate surge pricing has been disputed by Uber. An update has been added below to provide additional clarity.)

Uber may soon put an end to the pricing practices that continually frustrate users but encourage more drivers to hit the road. The company is planning on killing surge pricing, the controversial feature that automatically increases fares during high demand times like after big events or during storms, NPR reports.

Instead, Uber will predict areas of higher demand for cars through machine learning, Uber Advanced Technologies Center engineering lead Jeff Schneider told NPR. Drivers would be made aware of the likely increase in activity and requests ahead of time, compelling more drivers to certain areas without raising the fees for people who get sticker shock when looking at a 200 percent surge fare on a rainy night.

Software would estimate where and why surge would happen based on massive amounts of riding data, and send drivers to certain areas before the demand for cars skyrockets. Already the company is using predictive data to figure out human behavior. Uber is using similar machine learning techniques with the food delivery feature UberEATS, predicting demand for lunch, according to NPR.

Getting rid of surge would benefit riders, and truncate the flood of angry messages whenever Uber ups fares. Riders often only have themselves to blame when they’re hit with a hefty receipt—it’s obvious within the app when surge pricing hits, and you must accept a higher fare before requesting a ride. However, Uber has turned on surge pricing at inappropriate times, including during the Sydney, Australia hostage crisis in 2014.

Drivers, however, may not welcome the automated change. Multiple drivers I’ve chatted with during Uber rides have said they specifically target surge areas in order to pick up clients that are willing to pay more, and NPR reports surge provides a significant boost in income for many drivers.

In the three months of stubs [Uber driver Nathan Sapp] provided, surge fares were about a quarter of his total take-home pay, boosting his income by nearly $700 month. That’s money to fix his car, pay insurance, take the family out. A day at the museum, for example, costs a hundred bucks.

In the Uber driver forum on Reddit, a popular digital water cooler for people who work for the on-demand taxi app, drivers are criticizing the company for the proposed change.

Some say they only drive during surge, and would likely stay home during times of higher demand if the base fare was kept the same. However, others suggest that Uber should slightly increase the base fare during times of high demand, benefitting drivers and not hitting passengers’ wallets as hard. Killing surge may also weed out drivers who casually drive to make money off surge times.

The team building the predictive tech is part of Uber’s Advanced Technologies Center, the same group that’s working on the self-driving cars that may eventually replace drivers entirely.

Drivers are currently freelance employees of Uber, which means they don’t receive benefits from the company or labor protection. Uber’s recent settlements in class-action lawsuits in California and Massachusetts included creating “driver associations” that would theoretically be able to bring issues—like disputes over killing surge—to Uber management. As a result of the settlements, Uber also plans to let drivers start collecting tips, which might assuage concerns over removing surge pricing.

Update 1:50pm CT, May 3: An Uber spokesperson told the Daily Dot that the company doesn’t have plans to get rid of surge pricing: “Uber is always looking for ways to better predict supply and demand in a city. But this story is not accurate: we have no plans to end dynamic pricing. While we understand that no-one likes to pay more for the same trip, it’s the only way to ensure that passengers can always get a ride when they need one.”

However, NPR has updated its initial reporting to include the transcript of the public conversation that took place between reporter Aarti Shahani and Uber’s Jeff Schneider:

Schneider: And so the idea is if you can predict that demand, you get that information out there – and you get that supply there ready for the demand so the surge pricing never even has to happen. And I think that’s one of the really cool things that machine learning’s doing for Uber right now.

Shahani: So just note, Jeff from Uber is saying that machine learning will solve the problem and get rid of surge pricing.

Schneider: There we go!

Shahani: There we go, promise to customers.